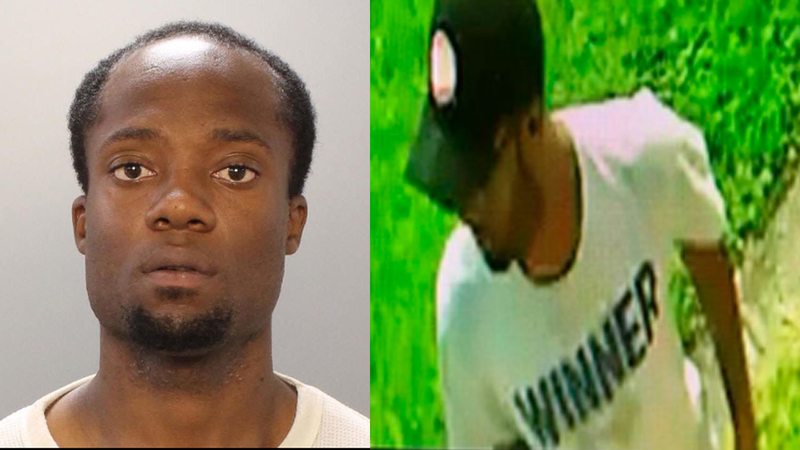 PHILADELPHIA (WPVI) -- A suspect has been arrested for the gunpoint sex assault of a woman inside a home in the East Mount Airy section of Philadelphia.

Keion Wells, 22, of the 6600 block of Crawson Street, is charged with aggravated assault, robbery, rape, sex assault and other offenses.

The attack happened around 4:45 p.m. on August 7 along East Johnson Street.

Police say the suspect pretended to be a landscaper and the victim told him to leave a card. The man left, but police say moments later he came back.

By the time the victim saw him, the suspect was already inside the house, police say. He pulled out a gun, ordered the victim to the ground, and sexually assaulted her.

Not only was he armed, but police say the gun was cocked and ready to fire, according to investigators.

Philadelphia police are searching for a suspect in a home invasion and sexual assault as reported by Chritie Ileto during Action News at 11 on August 8, 2018.