Suspect in murder of Temple University student held for trial 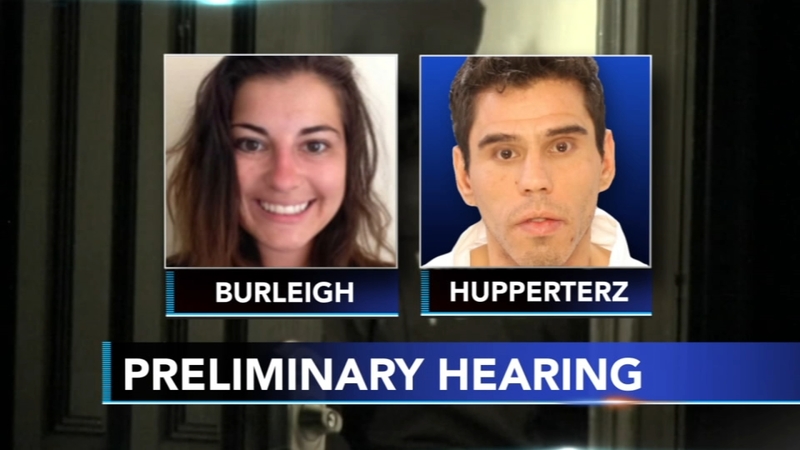 Suspect in murder of Temple University student held for trial

PHILADELPHIA (WPVI) -- The man accused of killing a Temple University student, and then taking her body from Philadelphia to the Scranton area, will be held for trial.

A preliminary hearing for 29-year-old Joshua Hupperterz on Wednesday lasted some seven hours. He is accused of killing 22-year-old Jenna Burleigh.

Surveillance video from inside Pub Webb on Cecil B. Moore Ave. was shown for the first time. In it, Burleigh is seen leaving at 2:07 a.m. on August 31 with Hupperterz, himself a former Temple student.

Then, a witness who lived in the apartment above Hupperterz in the 1700 block of North 16th Street testified she called police at 4 a.m. reporting a scream, "like a horror movie scream, only more real. Not something I will ever forget."

Pictured: Jenna Burleigh and a surveillance photo released by police showing Burleigh with the clothes she was believed to have been wearing.

Then, a cousin of Hupperterz testified that when he came by later that day he found the defendant cleaning up blood in his apartment.

The cousin said Hupperterz, whose hand was stitched, said he cut it on a beer bottle.

The cousin said Hupperterz asked him to move a large heavy blue plastic storage container to a Jenkintown garage belonging to the defendant's mother.

A Lyft driver testified he used a car the next day to take Hupperterz and a large blue storage container from Jenkintown to the defendant's grandmother's home near Scranton.

Not long after that, authorities went to the grandmother's home.