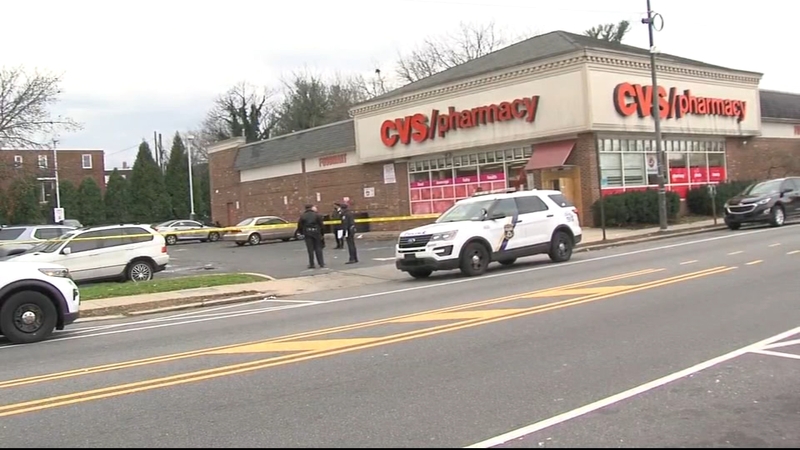 PHILADELPHIA (WPVI) -- A suspect is dead after an attempted carjacking in the city's East Germantown section Saturday.

The incident happened at a CVS parking lot just before 1 p.m. on the 6300 block of Stenton Avenue.

Police say a 59-year-old man was approached by another man who tried to rob him and take his vehicle.

A struggle ensued as the victim started yelling for help, officials say.

A security company supervisor ran up and fired his weapon.