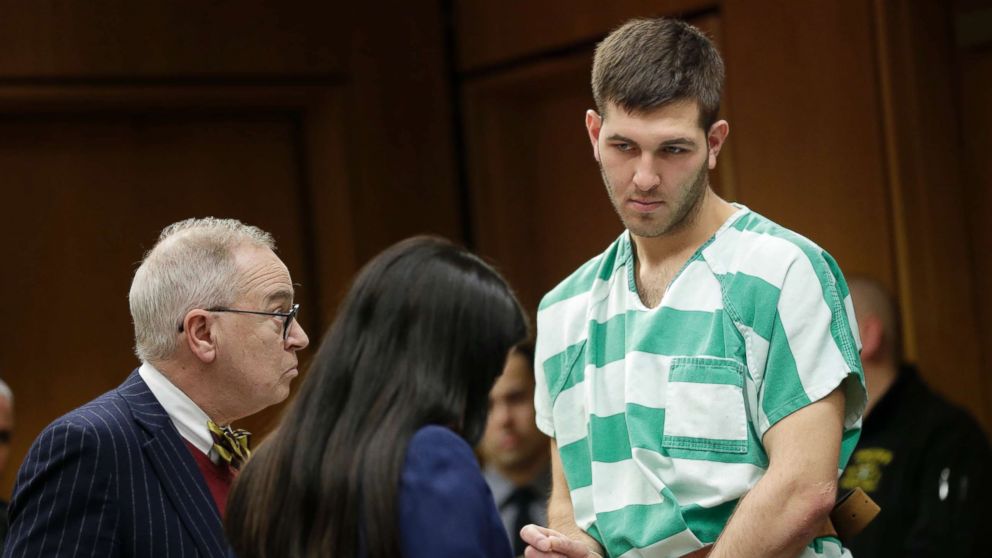 The man police suspect of killing a reputed mob boss appeared in court Monday as investigators work to piece together whether or not the assassination had anything to do with the mafia.

New York Police Department detectives announced over the weekend that 24-year-old Anthony Comello was the suspect in the shooting death of Francesco "Franky Boy" Cali, who is believed by police to be a boss of the Gambino crime family.

Comello appeared in court in Ocean County, New Jersey, on Monday afternoon and waived his right to fight extradition to New York.

He raised up his left hand during the court appearance, showing a number of phrases scrawled on his palm, including what appears to be "MAGA Forever" written twice, and the phrase "United We Stand," as well as other markings.

Investigators are still working to pin down a motive for the shooting on March 13, which marked the first alleged mob boss murder in New York in over 30 years.

Comello made conflicting statements to police on Saturday, which has changed the alleged motive to the fatal shooting.

Officials initially believed the killing was related to Cali's alleged mob ties, but sources now believe the suspect was dating one of Cali's female relatives, and at some point Cali told the suspect to stop seeing her, sparking a conflict.

Comello had multiple discussions with detectives but has since retained an attorney and the police's questioning ceased, NYPD Chief of Detectives Dermot Shea said at a press conference on Saturday after Comello was taken into custody.

Cali's killing was captured on grainy surveillance video. It shows the suspect drive up to the home in a blue pickup truck, come to a stop, then suddenly reverse. The pickup truck then crashes into Cali's parked Cadillac SUV, multiple police sources told ABC News.

The force of the impact knocked the license plates off the SUV, sources added.

Cali then got out of his car and talked to the suspect, police sources said. The two men shook hands, and then Cali turned his back to put the license plate inside the SUV.

That's when the suspect pulled out a 9mm handgun and fired six bullets into Cali, police officials said.

Police are still investigating whether the accident in front of Cali's house that preceded the shooting was a "ploy" to lure Cali outside.

Detectives discovered a fingerprint on Cali's SUV and the suspect was tracked by his phone, sources said.