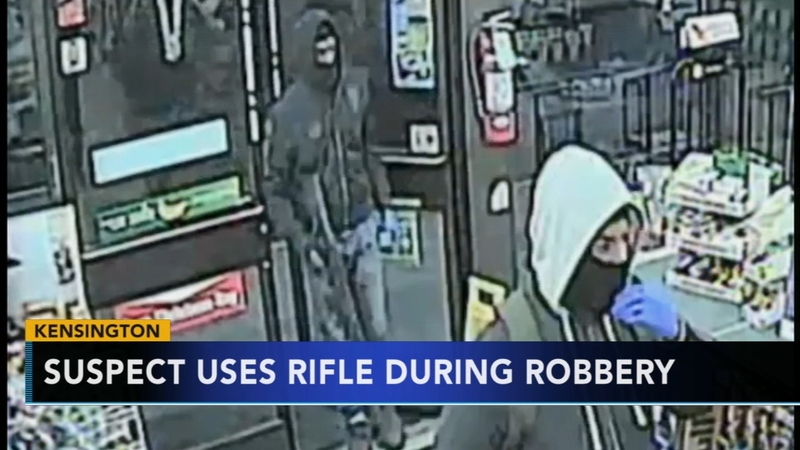 KENSINGTON (WPVI) -- Philadelphia Police have released surveillance video of two men wanted in connection to an armed robbery at a 7-Eleven in the Kensington section.

The men allegedly entered the store on the 3900 block of Kensington Avenue just before 5 a.m. Sunday.

One of the suspects was armed with a rifle, police say.

The men stole $60 from the cash register and $1600 worth of cigarettes.

Police say they also forced employees into a back office and took $50 and an iPhone from those employees.