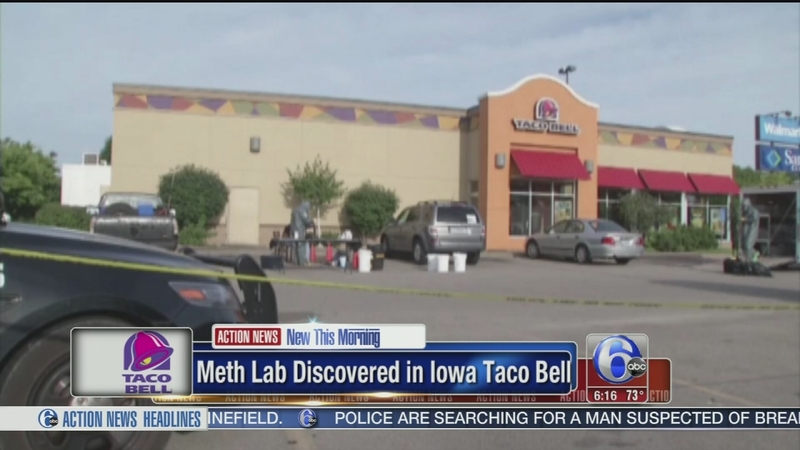 CEDAR RAPIDS, Iowa -- Authorities say two men have been arrested after the remnants of a methamphetamine lab were found inside a Taco Bell in eastern Iowa.

The Cedar Rapids Police Department says officers found two men outside the restaurant early Tuesday. One identified himself as a Taco Bell employee.

They were arrested and charged with conspiracy to manufacture methamphetamine. Matous faces additional charges including meth possession.

Taco Bell says in a statement that one of the men was an employee who's now fired.