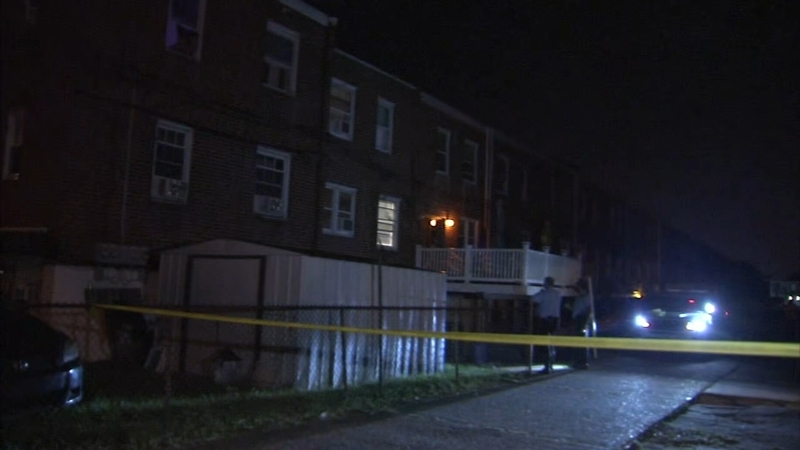 PHILADELPHIA (WPVI) -- Philadelphia police are trying to track down a man they say stopped a home invasion by shooting two intruders, one of whom later died.

The break-in happened around 4 a.m. Monday at a home near Walker and Wellington Streets in the Tacony section of Philadelphia.

Police said two men wearing masks broke into the home by climbing up a deck and entering through a nearby window.

The men went upstairs and stole a cell phone from a 9-year-old boy and then held his mother at gunpoint in the next room demanding money, according to police.

Police said the woman's one-year-old was also in the house.

Investigators said a man interrupted the robbery with gunfire.

"As the gunmen were preparing to exit the residence, an unidentified person interrupted the robbery and fired upon the home invaders, striking both of them," Captain Jason Smith said.

One of the intruders jumped out of the top floor window and fell three stories onto the driveway after being shot, police said. He later died and has not been identified.

Police also said the other man who was shot is Elvin Laureano-Ubeiro, 24. A witness rushed him to the hospital, police said.

As for the shooter who stopped the break-in, he's currently nowhere to be found.

Police said he left the scene before they arrived.

Resident Sandra Gaymon said the sound of people arguing, followed by gunshots sent her ducking for safety, worried about her son and grandkids.

"I checked on them and made sure they were ok and the cops had came up with their guns out," Gaymon said.

Long-time resident Jay Johnson caught audio of some of the commotion on his surveillance cameras and said he's had enough.

Investigators said the intruders were likely going after drugs and money, but police didn't find any drugs at the home.