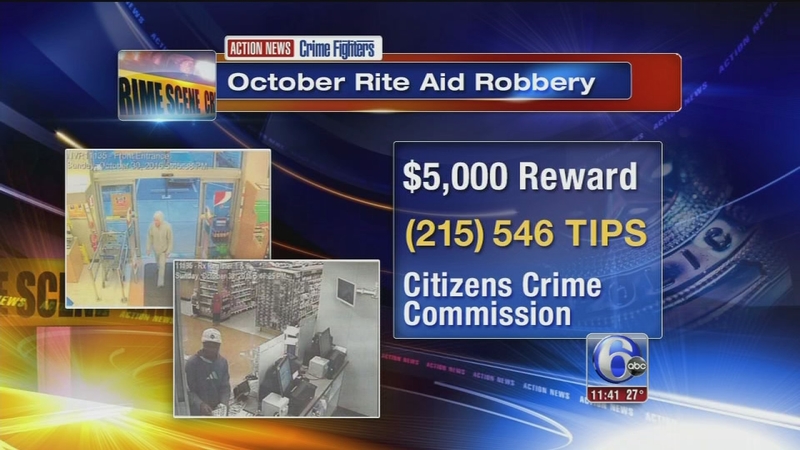 TACONY (WPVI) -- Philadelphia police are seeking the public's help to find two thieves who targeted a pharmacy on Oct. 30.

Detectives released surveillance video from inside the Rite Aid along the 6300 block of Torresdale Avenue in Tacony.

"Two males came into the store. One black male went directly to the pharmacy department. The other white male stayed at the front doors as a lookout," said Santo Montecalvo, Citizens Crime Commission.

Police say the suspect at the pharmacy counter handed the employee a note that read, 'You have five minutes, I want all the Oxycodones, don't do anything stupid to get yourself hurt.' "

"Threatened him like he had a gun. Do we know he had a gun? We don't know. He didn't see it," said Montecalvo.

The clerk complied, handed over the drugs, and then both men took off in different directions.

"A white male had a gray hoodie on, and the black male had a white hat with a black hoodie," said Montecalvo.

The Citizens Crime Commission is administering a $5,000 reward for the arrest and conviction of the people responsible.