Tanker in fiery crash was carrying 8,500 gallons of gas 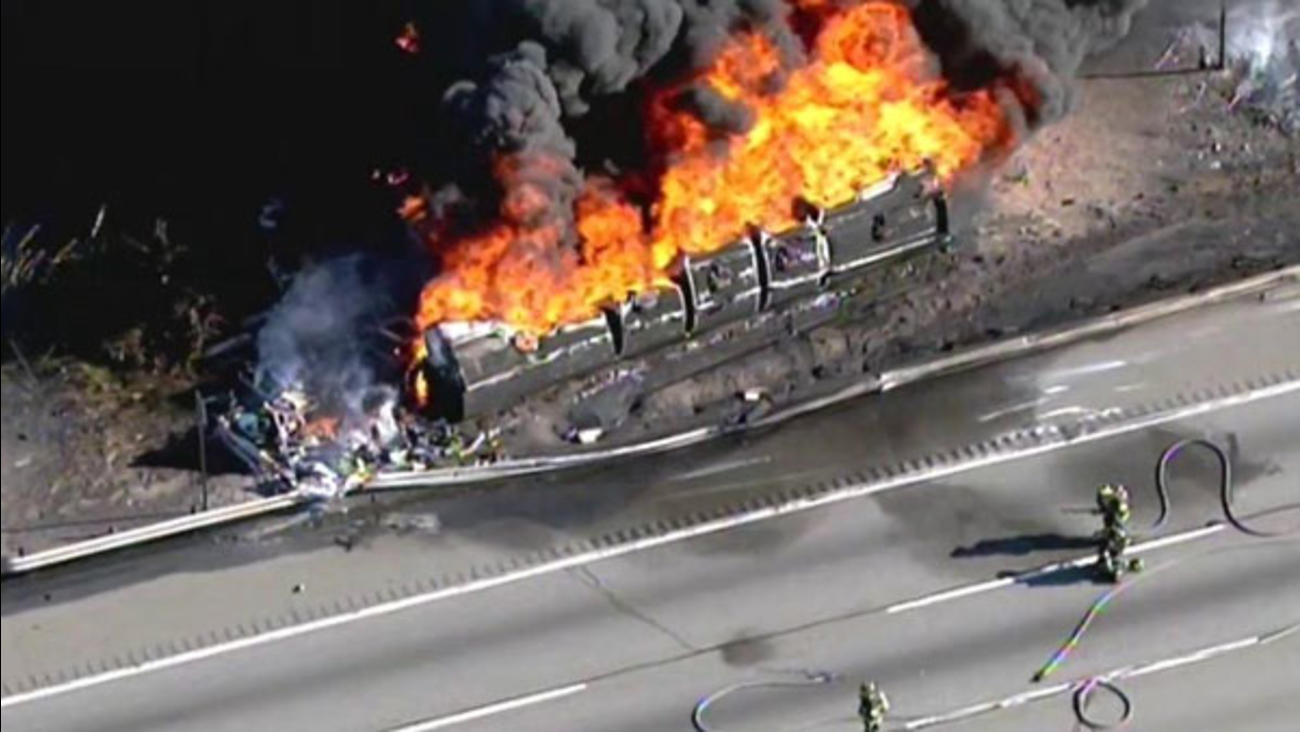 KEARNY, NJ (WPVI) -- State police say a tanker truck that overturned on the New Jersey Turnpike and caught fire was carrying 8,500 gallons of gasoline from a Linden refinery.

State police said Thursday that the driver who was killed Wednesday near milepost 110 in Kearny was believed to be a Newark man, but they are waiting for confirmation from the medical examiner before releasing his name. An autopsy was performed Thursday.

The truck overturned on the right shoulder and caught fire, sending billowing clouds of black smoke into the sky that could be seen as far away as New York City.

The truck swerved to avoid one of two mattresses and a box spring that had fallen from a van onto the highway.

No charges have been filed against the 26-year-old Linden man driving the van.