Student gets a forever family after asking teacher to adopt him 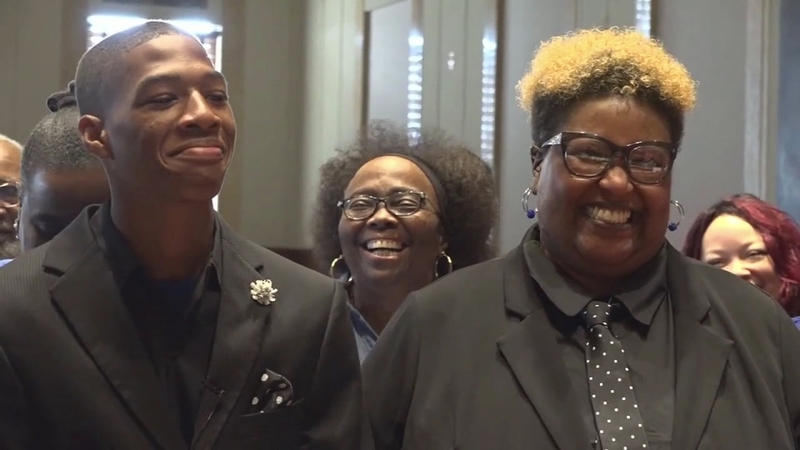 Student gets a forever family after asking teacher to adopt him

BEAUMONT, Texas -- Tens of thousands of children age out of foster care without finding their forever home, but one young man is proving that it's never too late for family.

Anthony Berry, 16, is now with his forever family after he asked his teacher, Bennie Berry to adopt him. Anthony had never wanted to be adopted. That is until he met Ms. Berry. She is a teacher at Pathways Learning Center in Beaumont and Anthony was her student. She says she was surprised to learn he wanted her to adopt him.

"Well at first I thought he was making jokes until he actually explained the situation. And then we struck a deal, finish an assignment and then you can show me the website," said Berry.

That was probably the fastest assignment he had ever completed.
Anthony was the oldest child to be adopted in Jefferson County on Friday. He was one of 18 kids adopted. Even though he is one of the older ones finding his forever family, he thinks it's never to late to start looking.

"If you have ever thought about adoption or didn't want to be adopted, actually try it because you never know. Take into consideration that...there is always someone that will love you," Anthony said.
----------