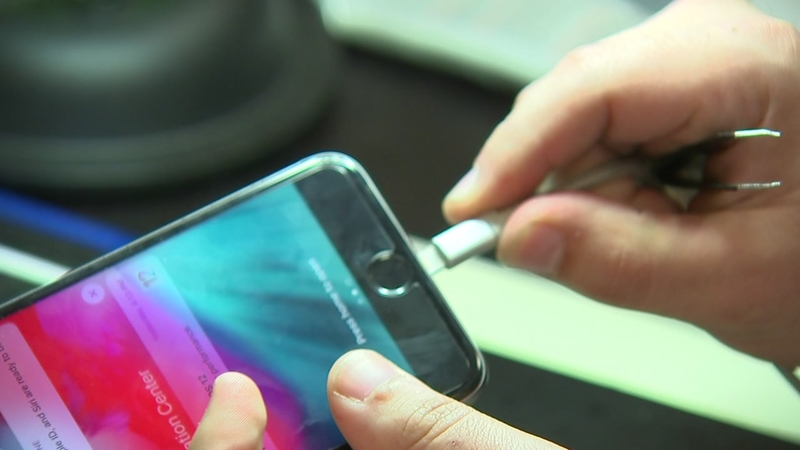 WAKE COUNTY, N.C. (WPVI) -- If you're having problems charging your cellphone, a simple fix could save you hundreds of dollars.

Matt Donegan spent nearly $700 after he was told he needed a new phone, but it turns out the old one just needed a simple fix.

Now Donegan said he hopes sharing his story will help others who may have the same problem.

The issue started in April when he noticed his iPhone 6, which was just three years old, was no longer charging properly.

"I could charge it, but only if I held the charging cord in it," said Donegan.

He made a trip to the Apple store and said a store employee told him the phone could not be repaired.

"He looked at the (charging) port and he said it's completely damaged, your phone is ruined," Donegan said.

He paid $650 for a new iPhone 6 Plus. About six months later, Donegan was getting a laptop repaired at Sonic Device Repair in Cary and decided to take his old phone in for a second opinion.

"Within 30 seconds he got a little tool that looked like a dental tool, took the lint out, plugged in the charging cord and it works like it's brand new," he said.

About 80 percent of the work done at Sonic Device Repair involves iPhones.
Bobby Paine is co-owner and lead technician at the shop. He said the problem Donegan was having is a common issue, and it's typically an easy fix.

"I have people that come in here two, three, four times a week with the exact same problem."

Paine said the way most cellphone charging ports are designed makes it easy for lint and other items to get stuck inside.

"Over time, pocket lint and things like that get stuck down inside the charging port, and when you put the cord in it just pushes it to the back and it (the charger) doesn't fit in anymore," said Paine.

He said Donegan's port wasn't damaged at all and he didn't charge him for removing the lint.

"I don't charge for four seconds of work ... I think that's kinda silly," Paine explained. "Even if that wasn't his problem and he actually did damage the port, that could've very easily been replaced, it's about a $50 job."

How to get lint out of your cellphone's charging port.

Donegan said he's glad he was able to get the phone fixed, but he wishes the Apple employee would have cleaned the charging port before he bought a new phone.
"There was absolutely no reason why I needed a new phone," he said.

Both Donegan and Paine agree that it's always worth getting a second opinion.

"100 percent if you're at a carrier store or an actual phone store where they sell devices because they are in the new phone business," Paine said.

The Troubleshooter team reached out to Apple to ask about their policies for fixing charging ports on iPhones.

A spokesperson said he doesn't know the specifics surrounding Donegan's interaction, but if a customer has an issue with their charging port, employees are trained to try cleaning the port as part of the diagnostic process.

We put that to the test and our producer went to an Apple store with a phone that had lint in the charger.

The employee checked out the phone and removed the lint for free.

The I-Team goes undercover at the Apple store. 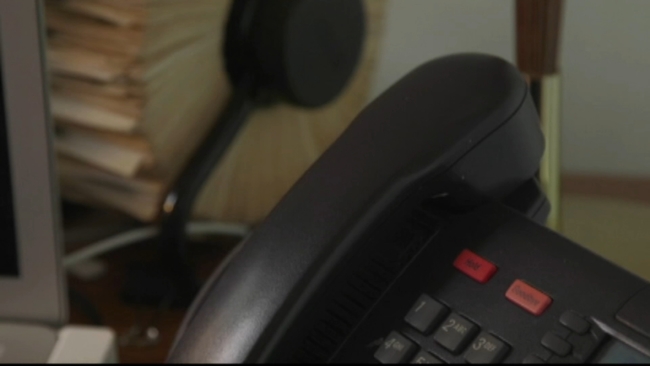 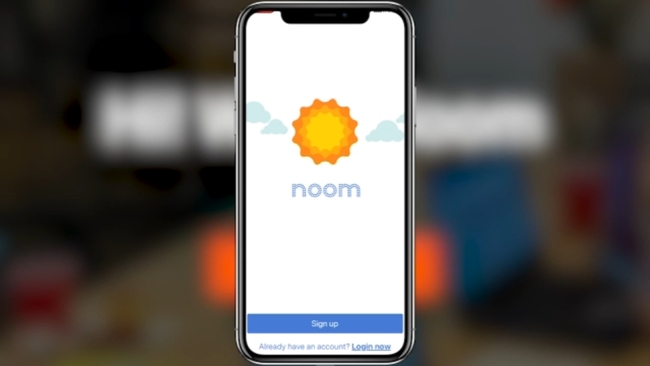