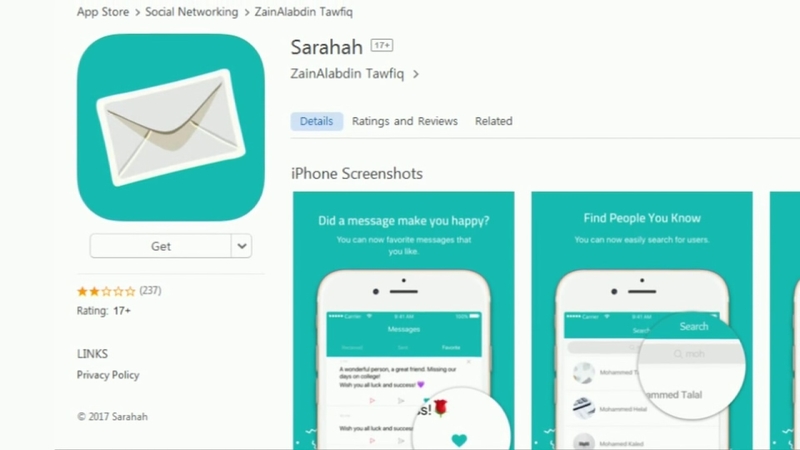 An anonymous messaging app that's been a top seller in Apple's APP store has apparently become a vehicle for bullying.

The developer says it was intended to give reviews in the workplace, but critics say it's a dangerous breeding ground for bullying.

The app has become a favorite of teenagers, who use it to link their Snapchat accounts and share their frank comments with their followers.

16-year-old Donnell Clark says he was flooded with negative messages almost immediately after downloading the app.

"In about a minute or two I started getting these hateful comments. It says 'Nobody would care if you killed yourself, go kill yourself. I hate you because you're too happy with your life'," he said.

Donnell says he still uses the app, but only to spread positivity.

The teen plans to send compliments to people to combat the hatred.

Experts say, because kids can only receive feedback through Sarahah by downloading it, it's important for parents to know what apps children have on their phones.