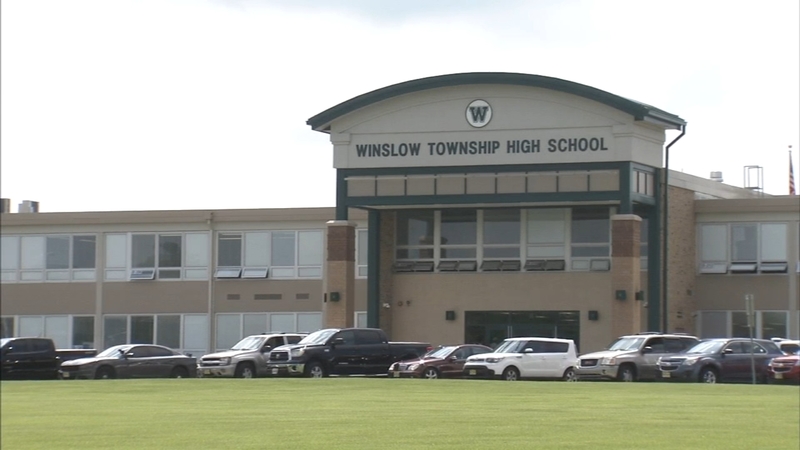 Officials said the school was placed on lockdown just before 9 a.m. and Winslow Middle School, which is adjacent to the high school, was placed in a lockout status for precautionary measures.

Police said as they were conducting an investigation into the threat, a 13-year-old suspect was identified.

The teen was subsequently taken into custody and transported to Winslow Township police headquarters.

At approximately 10:15 a.m., both schools had their lockdown and lockout protocols lifted.

There were no guns or any weapons located or recovered during the investigation at the high school.

Police said the investigation revealed that the threat was not credible.

According to officials, the juvenile will be charged with false public alarms and terroristic threats.

Police said three people were transported by ambulance to area hospitals for medical issues not related to the threat.

Later, at approximately 11:57 a.m., police were called back to Winslow Middle School after administrators there recovered an air-soft handgun.

The BB gun was handed over to arriving officers, and a 12-year-old boy, of whom the gun allegedly belonged, was charged and processed for false public alarms and possession of a handgun.

Police say this was a separate incident and not related to the earlier incident at the high school.
Report a correction or typo
Related topics:
winslowschool lockdownnew jersey news
Copyright © 2021 WPVI-TV. All Rights Reserved.
More Videos
From CNN Newsource affiliates
TOP STORIES