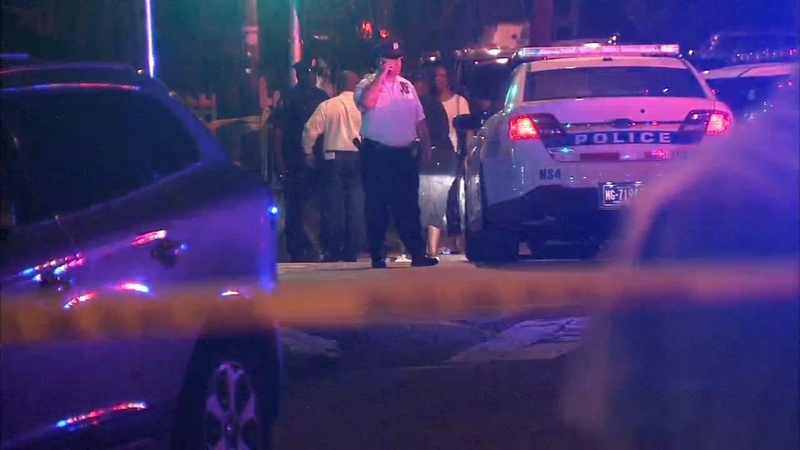 Teen critical after shot for 2nd time in 1 year

EAST OAK LANE (WPVI) -- A teenager remains in critical condition after he was shot in the chest last night while attending a graduation party in the East Oak Lane section of Philadelphia.

A friend of the victim says the teen already survived another shooting exactly one year ago today.

Sean Wilson says he mentors the teen who now fighting for his life again.

Wilson did not want to identify his friend since police have not made an arrest and haven't identified a motive.

The shooting happened around 9:30 p.m. Sunday near the intersection of North 10 Street and 66th Avenue.

Detectives quickly focused the investigation at the scene on a silver SUV that was riddled with bullet holes.

The three victims were apparently shot near that car.

The 19-year-old was shot in the chest and taken to Einstein Medical Center where he remains in critical condition.

"I don't know what else to tell you, I feel bad for anyone who comes out here and becomes the victim of a senseless crime," Philadelphia Police Captain Frank Llewellyn said.

Police do not have a motive or a suspect description at this time.

They're hoping the victims or witnesses will give them some insight into what happened and perhaps information that will lead them to the shooter.