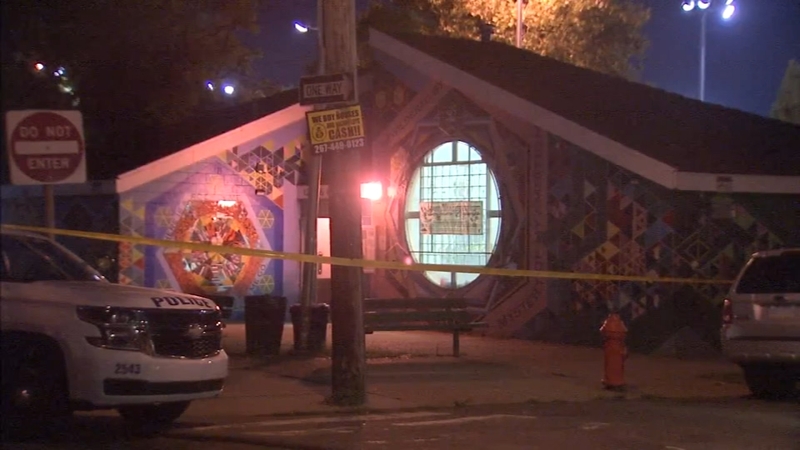 NORTH PHILADELPHIA (WPVI) -- One teenager was killed and another was injured in a shooting near a North Philadelphia recreation center.

It happened outside the Cambria Rec Center along the 2900 block of North 12th Street around 8 p.m. Wednesday.

Police say after being shot in the chest and arm, the teenager who would die of his injuries managed to run into the rec center for help.

The second 17-year-old was shot in the arm and is listed in stable condition.

Police say the shooting stemmed from a fight during an earlier basketball game at the rec center.

They are still investigating who fired the shots, but are looking for several teens who ran.

Police say a gun could be seen near the fatal victim in surveillance video.

"We know from the video evidence, the gun was found in very close proximity to the victim that died, right after he collapsed. However, we know three individuals picked up that weapon and ran south on 12th Street," Philadelphia Police Chief Inspector Scott Small said.
EMBED More News Videos

Police want to question the three males seen in the video, Brian Taff reports during Action News at 10 p.m. on August 2, 2018.

Several witnesses were taken to police headquarters to be questioned.