Teen was shot while leaving party at Christiana Skating Center in Newark: Police 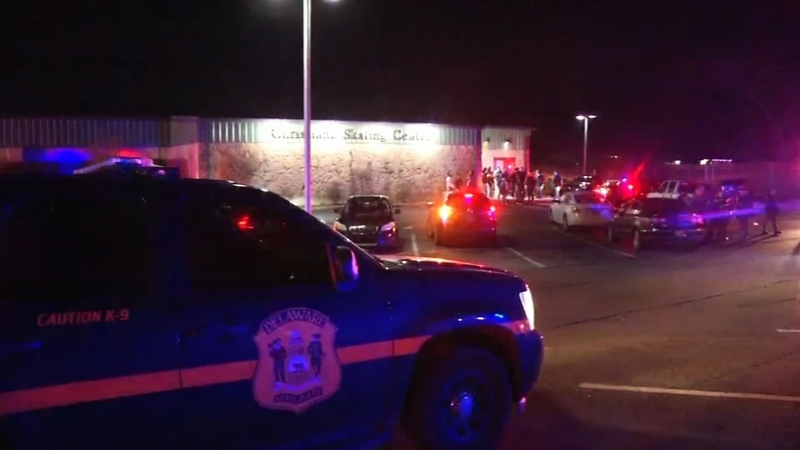 NEWARK, Delaware (WPVI) -- A 15-year-old is recovering from non-life-threatening injuries after being shot while leaving a skating party in Newark, Delaware Monday night, police said.

The victim and other skaters had just left the Christiana Skating Center around 9 p.m. when he was shot twice in the legs while walking to his father's car.

The father then drove his son to the hospital to be treated.

Delaware State Police Corporal Jason Hatchell told Action News the victim was an innocent bystander, but investigators are not sure who fired the gun or from which direction the shots came.

Cort Wahlig, owner of the skating center, said the rink had been rented out Monday night by a non-profit organization for a private party.

In a statement, Wahlig said there had been no problems during the two-hour event until closing time.

"We had patrons who were leaving come back in stating there were shots fired in the parking lot," Wahlig said.

Cpl. Hatchell said investigators do not believe the shooting was related to the skating rink and that they are reviewing surveillance video.

"Our thoughts and prayers go out to the teen and his family who was shot and pray for a speedy recovery," said Wahlig in the statement. "It is very disheartening and frustrating when we try so hard to make this a safe, family entertainment facility and you have individuals come on to our property with ill intentions."