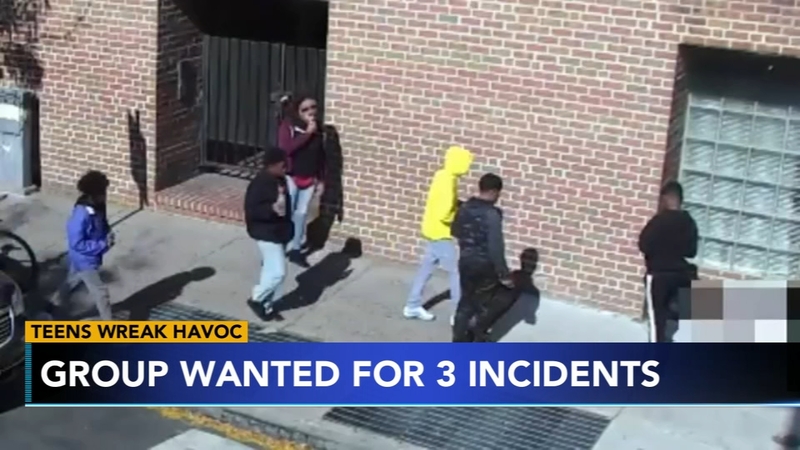 Group of teens wanted in 3 incidents

PHILADELPHIA (WPVI) -- Philadelphia police are trying to track down a group of teenagers caught on camera robbing victims on South Street and in Old City over a span of several days.

Investigators say three of the suspects were spotted stealing a bike on October 29 just before 4:30 p.m. on the 500 block of South Street.

They are seen storming out of the store with multiple items, and then throwing a chair at a man who witnessed the theft outside the business.

A half hour after that, police say the same teens returned to South Street where they attacked a 30-year-old woman and stole her phone.