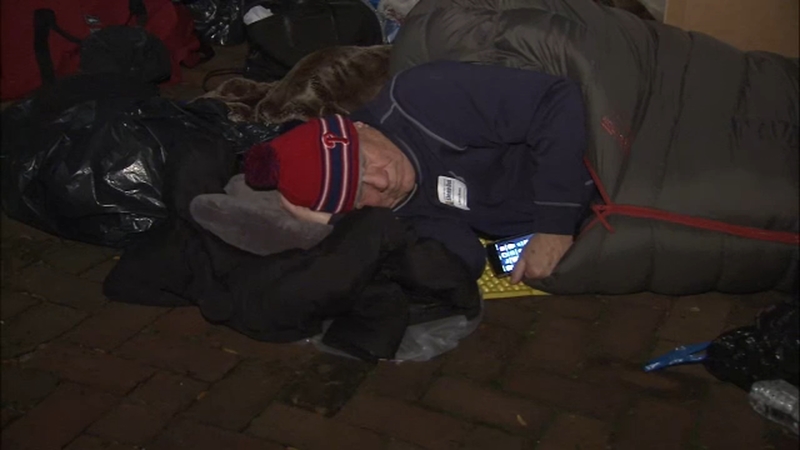 PHILADELPHIA (WPVI) -- Teen homelessness is a real problem in Philadelphia.

Covenant House, a nonprofit that served more than 600 homeless youths last year, is hoping to raise awareness with a "sleep out" at the Friends Center at 15th and Cherry streets on Thursday night.

"I think a lot of the kids have been dealt bad hands. We get caught up in our own little world, things being good," said Bowa.

"If we can spread awareness around the city, maybe if we help three or four kids that would be great, hopefully, we'll help more than that," Bowa said.

One of the teens who've been helped by the nonprofit is Marquan Moss. He was homeless living on the streets for four years, but recently transitioned out of Covenant House.

He's now fully employed, while living with his grandmother, saving for a place of his own.

"Without them, I would still be homeless. I would be living from house to house, post to post, and just without any real thought of what I was, or who I wanted to be," Moss said.

Former Philadelphia Phillies managers pitch in, sleep outside for a good cause. Christie Illeto reports on Action News at 10 on Nov. 21, 2019.