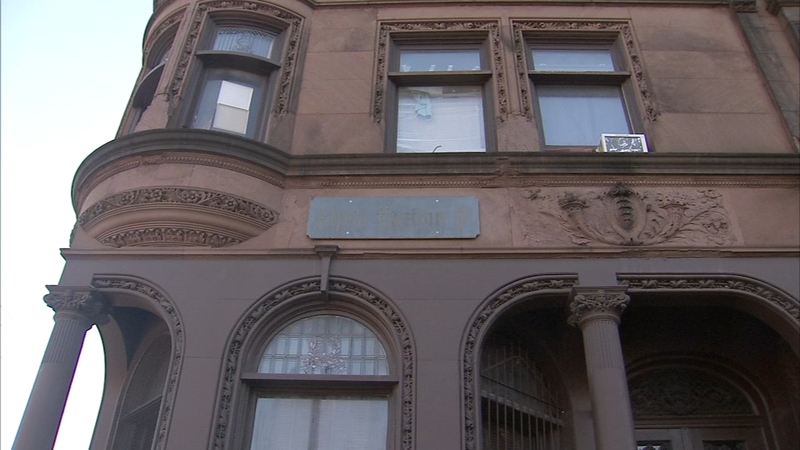 PHILADELPHIA (WPVI) -- Temple University has suspended a fraternity after receiving what it calls "multiple credible reports" of various illegal activities, including sexual assault.

Temple University has beefed up police patrols outside the Alpha Epsilon Pi frat house in the 2000 block of North Broad Street.

This after it was revealed that serious crimes may have been committed here. Police say they include two, possibly three cases of alleged sexual assaults.

Friday Captain Mark Burgmann of the Special Victims' Unit announced that one of the cases involved a 19-year-old student, and that case has been referred to the DA's office for criminal charges.

Captain Burgmann said, "In which, a Temple University student reported that she attended a party there and was indecently assaulted there by one of the residents of the fraternity house."

A second indictment that allegedly happened in March and reported in April also involved a 19-year-old student, who reported being given drinks by members of the fraternity.

"She said she became dizzy and disoriented and that's the last thing she remembered until she woke up in bed with one of the members of the fraternity. She believed she was sexually assaulted," said Captain Burgmann.

Police are still investigating that case and have yet to interview a third alleged victim.

The university says it has suspended the fraternity after what it calls credible allegations of sexual misconduct, excessive use of alcohol, drugs and underage drinking.

All of which came as no surprise to some Temple students.

Temple freshman Dejah Martin said, "Usually like the parties are crazy, you see it walking by here, it's not surprising."

Sophomore Darrius Hockaday added, "I'm very disappointed though in the actions that took place here at the university, and something needs to be done about it."

What is surprising to some is this kind of behavior still goes on at frat houses at college campuses across the country. That despite years and years of disastrous publicity, suspensions, and costly lawsuits, some frat members appear to be annoyingly insensitive or slow to understand the gravity of it all.

Senior Josh Herzing said, "The fraternity thing is really delicate right now, so a lot has to be done, just at all institutions in general, make sure this stuff is not happening as much."

When the allegations first surfaced two weeks ago, the fraternity issued a statement saying they were appalled by the allegations which they did not specify, and that they had no prior knowledge of these acts. Police believe there may be other victims who will come forward before this is all said and done.

The university released the following safety information:
Students with information or needing support regarding any concerns of sexual misconduct are asked to contact Temple Police (215-204-1234, police@temple.edu), the Dean of Students Office (215-204-7188, dos@temple.edu) or the Wellness Resource Center (215-204-8436, tuheart@temple.edu). Any member of the Temple community or the general public also can report anonymously online.