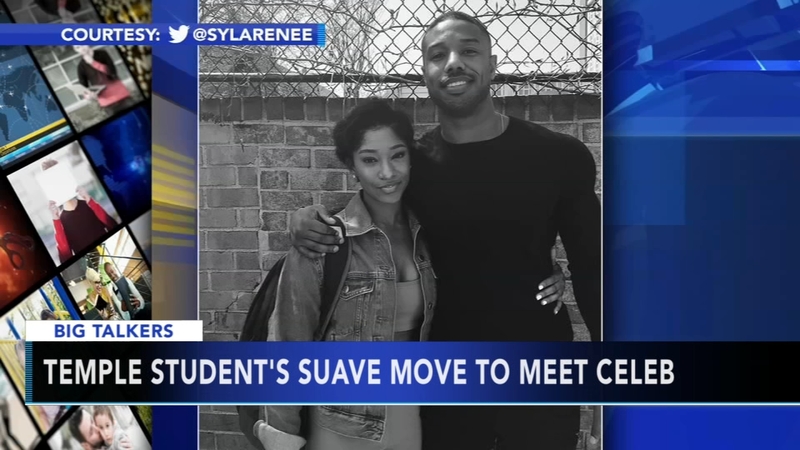 NORTH PHILADELPHIA (WPVI) -- If you've ever considered sending someone big - let's say a celebrity - a direct message on social media and wondered if they'd reply, this story might inspire you to take a shot.

Sylvia Wilson, a 21 year old junior at Temple University, found out that actor Michael B. Jordan was in town filming on the school's North Philadelphia campus.

So, she sent him a DM on Instagram, really wanting a picture, but offering to buy him a smoothie.

Apparently he reads his messages, and he replied: "You don't have to buy me anything. You can get a pic."

He even communicates with her as she's trying to navigate through security, leading to a now viral photo session that has jaws dropping left and right.

The most asked question was about his scent, to which Sylvia has replied: "He smelled like Mahogany Teakwood from Bath and Body Works but better."

To that end, we should also mention that Sylvia has a boyfriend who has ALSO been commenting, things such as: "I've been staring at this pic for 7 minutes straight and can't figure out why he's so close."