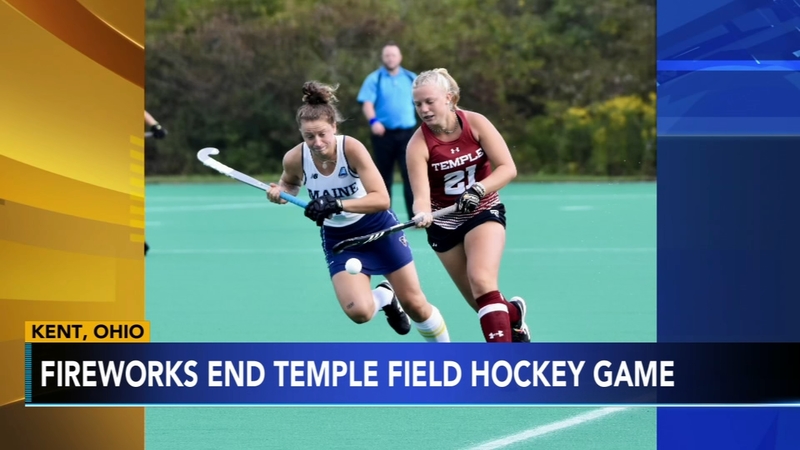 ORONO, Maine -- The University of Maine is unhappy with Kent State's investigation of a decision to cut short a tied women's field hockey game to make way for fireworks for a football game.

Maine was playing Philadelphia's Temple University at the time.

Kent State said Friday that an investigation by its Office of Compliance, Equal Opportunity and Affirmative Action concluded there was no Title IX violation or gender-related bias.

The Bangor Daily News reports UMaine is disappointed that Kent State, which hosted the game, didn't interview student-athletes who were "disrespected."

The UMaine-Temple match was stopped before the second overtime to clear the field for pregame fireworks scheduled 90 minutes later for a football game at an adjacent stadium.

It offered to reimburse UMaine and Temple if they choose to replay the game.

We regret today’s game had to be stopped during overtime play per field guidelines as previously discussed. We recognize the hard work and dedication of all student-athletes. The safety of our community, including student-athletes and visitors is always our first consideration.