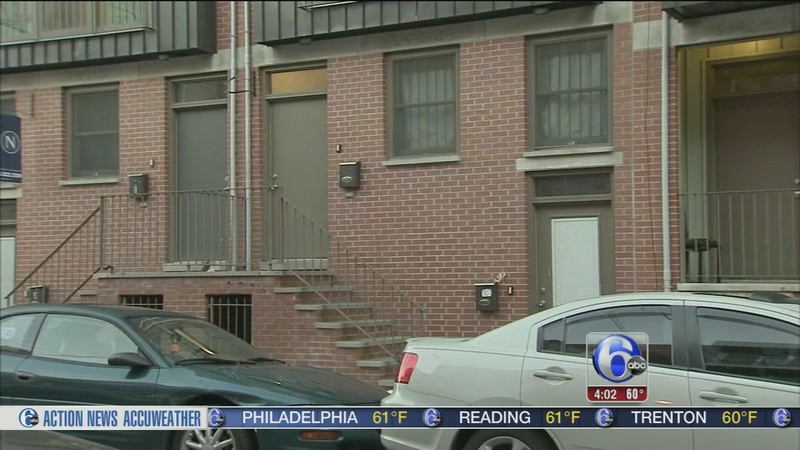 NORTH PHILADELPHIA (WPVI) -- Philadelphia police are searching for the armed gunmen who attacked and robbed a group Temple University students in their home.

It happened Sunday night, not far from Temple's campus.

The students were all freshmen and sophomores. One of them was injured, and has since been treated and released from the hospital.

Action News spoke to one oft he victims this morning. He said he and his friends had been watching football when suddenly two men with guns burst into their apartment, holding one of their roommates at gunpoint.

"They had everyone get down on the floor and zip tied us," he explained.

The Temple University sophomore asked we not share his identity, but he described the terrifying ordeal that happened in his off campus apartment on North 18th Street, by Arlington.

He says a roommate had been outside having a cigarette around 7:30 p.m. when two men approached him, armed with guns.

He tells us, "[They] pushed him through the door, up the steps, and then proceeded to pistol whip him and hit him until he was unconscious."

Seven people were inside. Two locked themselves in their rooms while the rest were told to lie on the floor. Their wrists were zip tied behind their backs.

"They were yelling at everyone, 'We'll shoot you if you get up, if you try anything,'" the student said.

The men both had bandannas covering their faces. One was wearing a Bucks County Community College sweatshirt.

Billy Denham, a Temple sophomore who lives in the apartment, tells us, "I think my one roommate was targeted because they were asking him where his money was at. I'm not sure how or what they even knew about that, but they kind of just kept questioning him."

A Temple University statement says preliminary findings indicate that this likely was not a random act.

A number of students live along this street, which is part of the Temple Police extended patrol zone.