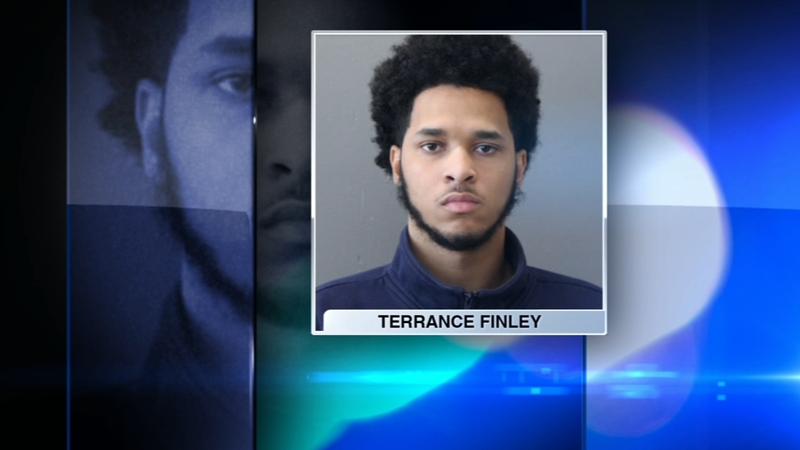 CHICAGO -- An off-duty Chicago police officer has been charged with DUI and reckless homicide after police said he crashed into a cheesesteak restaurant Sunday, killing a woman and injuring another.

Terrance Finley, 24, has been charged with one felony count of reckless homicide with a motor vehicle, one felony count of aggravated DUI/accidental death, one misdemeanor count of driving under the influence and a citation for failure to reduce speed, police said.

He is set to appear in bond court on Tuesday.

Police said Finley was off-duty when he told first responders early Sunday morning that he swerved to avoid an accident as a car allegedly cut him off. Police said his Toyota Corolla jumped a curb and plowed into Tony's Philly Steak in Chicago's Auburn Gresham neighborhood.

Marquita Reed, 34, was inside the restaurant eating with friends at a table. She was pinned under the car and killed.

Police said the officer was driving under the influence.

Superintendent Eddie Johnson said the officer's blood alcohol content was 0.083, which is just over the legal limit of 0.08.

Police said Finley has been on the force for three years and is assigned to the 3rd Police District in Grand Crossing. Finley was on his regular day off, in his personal car, police said.

Reed had recently gotten her nursing degree and was working as a nurse.

"She was a very loving person. Everybody loved her. She was a beautiful person," said her friend Conai Jeffref.