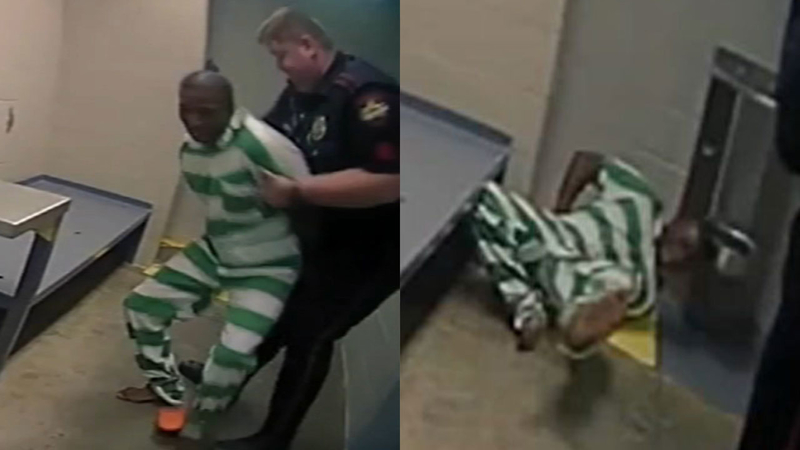 A Texas inmate is now on life support after an officer is seen on body camera throwing him to the ground.

The video starts off showing Chester Jackson on the ground, speaking with three officers when one enters his cell.

Body cam video shows the officer picking up the handcuffed Jackson, and then throwing him onto a metal slate

The inmate is on life support, but is said to be improving.

The officer has been placed on administrative leave.