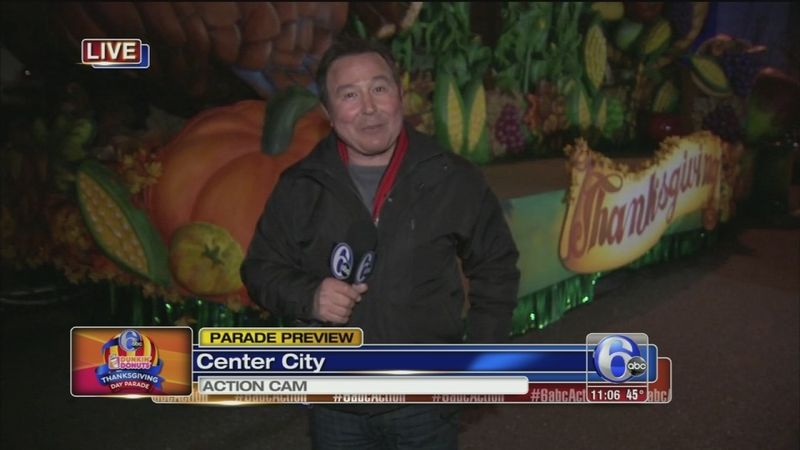 First up was Mari Burelle and The Sally Mitlas Salsa Band as they rehearsed their bilingual rendition of "Carol of the Bells."

Next up, a Capa Production was burning up the town with their tribute to Prince and his music.

And then there was Fantapulous, tap, tap, tapping away on their amazing production.

"Were gonna dance to 'Fire Under My Feet,' " said one dancer. Another added she was so excited.

And so we're a group of gospel singers led by Treena Ferebee.


Ferebee tells us this year's performance is going to be called "Love Can Move Mountains."

"Absolutely what we need right now, it's gonna bring everyone together," said Ferebee.

Meanwhile, behind the scenes in the control room, an army of technicians were working out any glitches and making sure everyone's on cue.

Herb Kircher has been doing it since 1986.

"It never gets old. This is wonderful," said Kircher, engineer.
And this year will highlight a special tribute to dear old Captain Noah.

"It's quite memorable and quite touching that we're gonna be doing a salute to him tomorrow," said Todd Marcocci, co-producer.

And so there you have it. Three years shy of a century, and the parade is still going strong.

The countdown is on, it's all systems go for the big show, you won't wanna miss it.