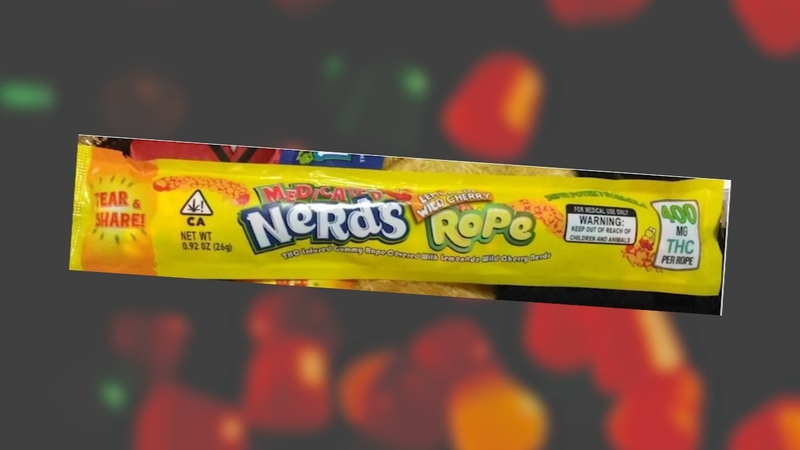 The head of the local Poison Control Center is warning about an alarming new trend: kids getting into their parents' stash of what looks like candy.

The problem is it looks like a popular candy that kids know but it is medicated with THC, the active ingredient in marijuana.

Doctor Kevin Osterhoudt of the poison control center says for years the center has had a book warning "medicine is not candy," showing examples of pills that can be confused for sugary treats.

But now the issue is some medicine comes in the form of candy.

Specifically, they are now seeing some kids eat rope candy like this Nerds Rope that contains THC.

"The parents often recognize that their children are acting funny, or not waking up, or having strange movements," said Osterhoudt. "They will often bring them to the emergency department in the region where they'll be found to have THC in their system and then the light bulb will go off."
Osterhoudt said a child who eats an entire rope candy with 400 milligrams of THC will get significantly intoxicated.

"They might stumble and fall down the stairs. They could even be comatose," he said.

Osterhoudt said most children recover but some can wind up very sick.

There have been several incidents in Philadelphia over the past few weeks and it's an even bigger problem in states where edibles are legal.