The Secret Garden has extended its run until July 25th!
WPVI 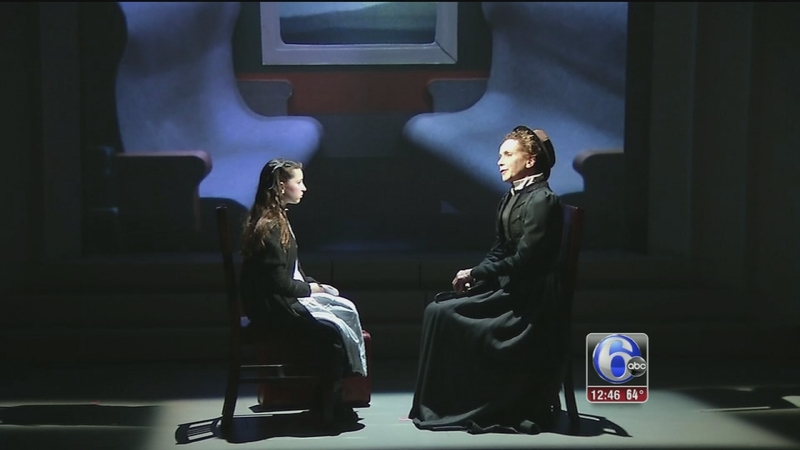 May 20th, 2016 (WPVI) -- The Arden Theatre Company is closing its 28th season with the Tony Award-winning musical The Secret Garden. It's based on the classic English children's novel by the same name and it's the story of a young girl's path to find solace in a mysterious place that she now has to call home.

The novel "The Secret Garden" was written by Frances Hodgson Burnett in 1911, and is now considered one of his most popular books. "It is about this 10-year-old girl Mary Lennox who loses her family and is sent away to live with her uncle who she's never met before," says Jeff Coon, who plays one of the main characters in the show.

Set in England in the early 1900s, the show follows Mary on her mission to find her Aunt Lily's garden and bring it back to life. "Literally bringing the garden back to life and also the people who live in the mansion," says Coon.

The musical premiered on Broadway 25 years ago and won 3 Tony's, including one for best book. Coon says, "It's gorgeous. It really is a show that not a lot of companies do because it has to be sung really, really well, and I think we have a great cast to do that."

Playing the lead role of Mary Lennox is 12-year-old Bailey Ryon. "This has been my favorite show since I was younger," says Ryon, "Every time I went on long road trips, we would always listen to the soundtrack."

The award-winning music features songs like Wick and Lily's Eyes. Coon describes the scores as "sweeping and romantic," and adds, "It's not a kid's show, but you can come to this show with your entire family. You can make it a full family experience."

EXTENDED RUN UPDATE
The Secret Garden plays at the Arden Theatre Company until July 25th. For tickets and show times go to www.ardentheatre.org.