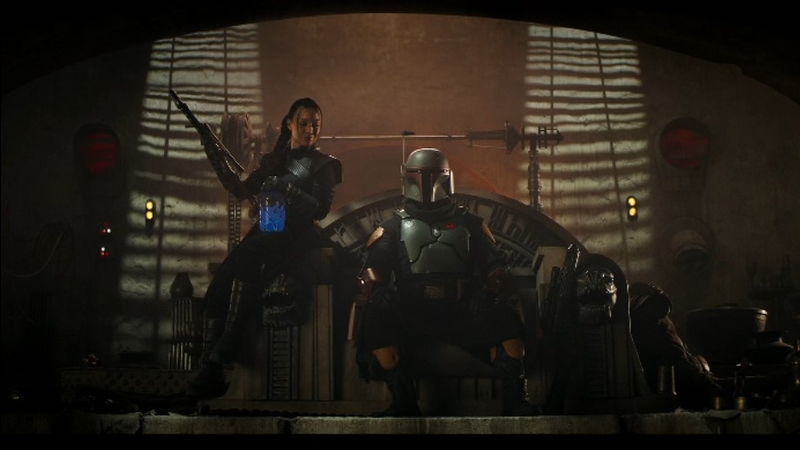 Boba Fett first appeared on the big screen in the second "Star Wars" movie, "The Empire Strikes Back," as a bounty hunter and part of Darth Vader's crew.

Flash forward more than 40 years, and the character now has his own series on Disney+.

Fett shows up onscreen for just six minutes in the original Star Wars trilogy, and he appears to die in "Return of the Jedi." Still, he became a fan favorite and was resurrected for "The Mandalorian."

When that show became a big hit, his own Disney+ series became the logical next step.

"Star Wars: The Book Of Boba Fett" is now streaming on Disney+, with more new episodes rolling out for fans of the galaxy saga.

"The Mandalorian" explained how Fett came to survive and introduced us to his associate, assassin Fennec Shand played by Ming-Na Wen.

Fett, played by Temuera Morrison, was left for dead on the sands of Tatooine, but now he's back in a show made for Star Wars fans by Star Wars fans.

"I have a great sensitivity to what I feel works and doesn't work in the 'Star Wars' environment," Wen said. "And I don't even really have to think about it. I think it's just an innate sense that can't be explained. It's like being one with The Force."

She was only supposed to appear briefly opposite Morrison, but the power of her work and their chemistry together were such that they were given their own series.

He was originally recruited into the Star Wars Universe by its creator, George Lucas, back in 2002.

"George was kind of of looking to the Polynesian area for this kind of warrior race kind of thing," Morrison said. "I was blown away, and when I did get the phone call, I remember it very well because they said we'd love you to play (Boba Fett's 'father') Jango."

Bob Saget has died at a hotel in Orlando Sunday, according to the Orange County Sheriff's Office. He was 65. Sandy Kenyon has more.

Jango Fett was cloned to make Boba Fett, and Morrison was able to draw on his Maori heritage for both roles. Still, playing the same role 20 years later was not something he imagined.

Morrison is from New Zealand, while Wen was born near Hong Kong and grew up in Pittsburgh -- so they come from entirely different backgrounds, but they click together on screen.