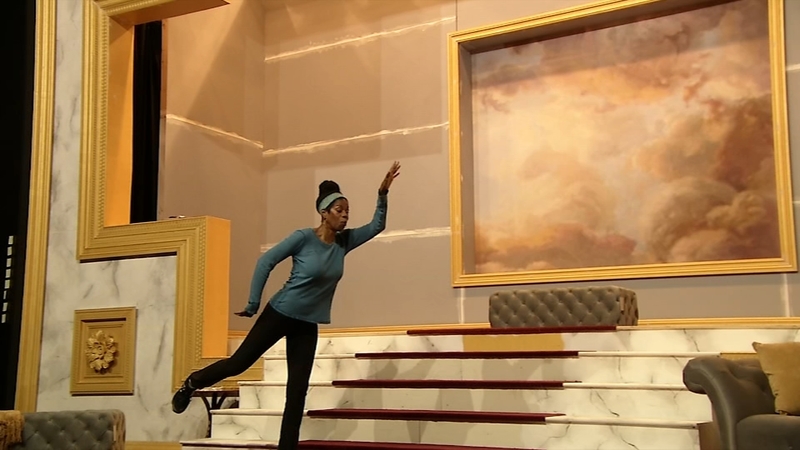 The Bristol Riverside Theatre is kicking off its 33rd season with the new comedy An Act of God, a new play that delivers new meaning to the phrase divine intervention.

"It's really funny but it's also very thought provoking," says Kim Wayans, who plays God and starred on the hit comedy sketch show "In Living Color". "God comes down to earth with 10 new commandments for mankind. So that's the premise of the show, and I'm playing God."

And God has a lot to say.

"You get a different perspective on our daily, what has become our daily lives," Bristol Riverside Theatre Founding Director Susan D. Atkinson says. "It's a lot of fun."

Wayans is joined on stage by two angels. Gabriel wants to stick to his Gutenberg Bible, while Michael has a different view.

"He really wants the questions mankind has been asking for millennia and he wants God to answer them," Atkinson says. "Like, why do bad things happen to good people?"

"I hope that it encourages people to think about the ways in which they think about God," Wayans says. "Spirituality is a subject that I find interesting."

That, Wayans says, is what drew her to the role, and that she likes to make people laugh.

An Act of God was written by 13-time Emmy award-winner David Javerbaum, inspired by his twitter persona-The Tweet of God.

"Javerbaum is an incredible author who is so satirical and wonderful that he takes such a cross-eyed look at the world that I don't think you can but laugh at it," Atkinson says.

Atkinson says she wanted to stray from tradition when casting Wayans in the title role.

"It's great to be a woman and a woman of color, playing God," Wayans says. "I am excited."