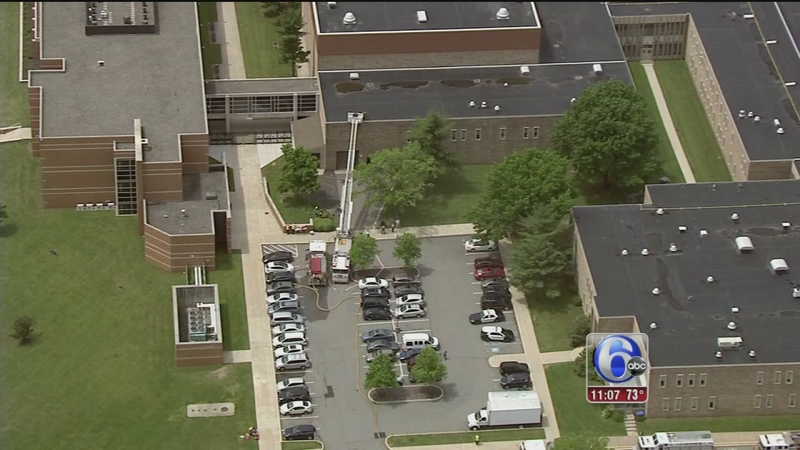 It took the better part of the day, but crews were finally able to air out the huge school building from all the smoke. As a result, North Penn High School reopened Wednesday on time after a chaotic day.

The fire broke out at North Penn around 11:30 a.m. Tuesday. More than 3,000 students along with faculty were quickly evacuated.

"Everyone just didn't know what was going on and then there were so many of us," senior Amanda Skidmore said.

Fire officials say the fire started in a area on the ground floor where instruments and other band equipment are stored.

The fire was contained to three rooms: the storage area, the choir and band room, and a theater classroom.

"There are lockers in there, student instruments and other things as well. Some trophies were damaged," North Penn High School Principal Todd Bauer said.

Because heavy smoke lingered through much of the large school complex, students were ultimately sent home for the day.

As it turns out, students have finals in just a few days and it's unclear if that will be delayed because of the disruption.