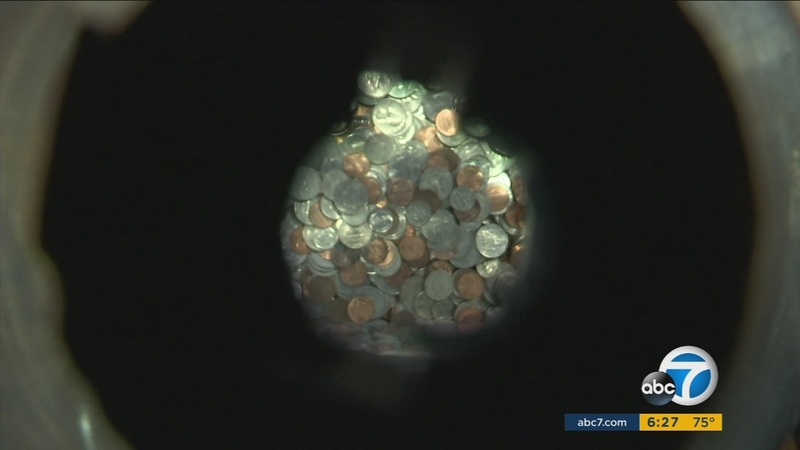 FULLERTON, Calif. (WPVI) -- Money jars have long served as the perfect household tool to store loose change and cashing in can be a rewarding guessing game, but after collecting change in an empty Sparklett's bottle for over 25 years, Bill Fullbright never had the chance to find out.

Two years ago somebody stole the Fullbrights' money jar out of their garage, which Fullbright believed may have held nearly $4,000.

"I was upset. Yes, it was money stolen, but it was 25 years of doing this. We were wondering how much. We're never going to know how much money was in that thing."

One theory Fullbright had was that a delivery man spotted the change when the garage was open and stole it. There was a new development in the case of the missing Sparklett's bottle three days ago when the Fullbrights received an anonymous letter in the mail.

The letter read, "I had stolen some large amount of money from you some time ago. Ashamed. I hope you forgive me." Inside the apology letter was $1,300.

"It gives me the chills now that someone could be so convicted that they would feel the need to pay a restitution like they did and I kind of feel for the person. I don't, in one end, that they stole from us, but the fact that they were so convicted, it must have laid heavy on someone's heart," said Fullbright.

Fullbright said he's not interested in finding out the identity of the reformed thief and has forgiven the person and he's not sure what to do with the money.

Since the theft, the Fullbrights have been working on their second Sparklett's bottle. This one is kept inside a bedroom.