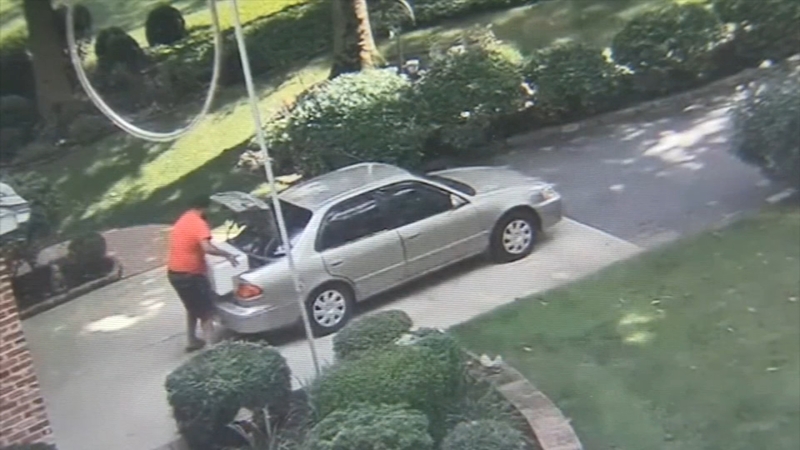 They hope the man seen on surveillance video is caught, and justice is served.

"Hopefully he'll learn a lesson, maybe he'll have to do some jail time," Maury said.

The Carons were actually home when it happened.

"We heard a car, so I came out and saw the car pull away out of the driveway," Maury said.

Luckily, the Carons have security cameras surrounding their home. Once they realized the packages were never delivered, they checked their video.

The video shows the suspect park his car, walk up, snoop around, and then steal the first package. Then a few minutes later, he backs his car clear up to the Carons' garage, gets out and steals a second package.

The garage door was open, because the Carons were home doing laundry.

The car also has two decals on the back windshield, one in the middle and one on the bottom right corner.

The captain recommends having all deliveries go to a location where someone can receive them immediately.