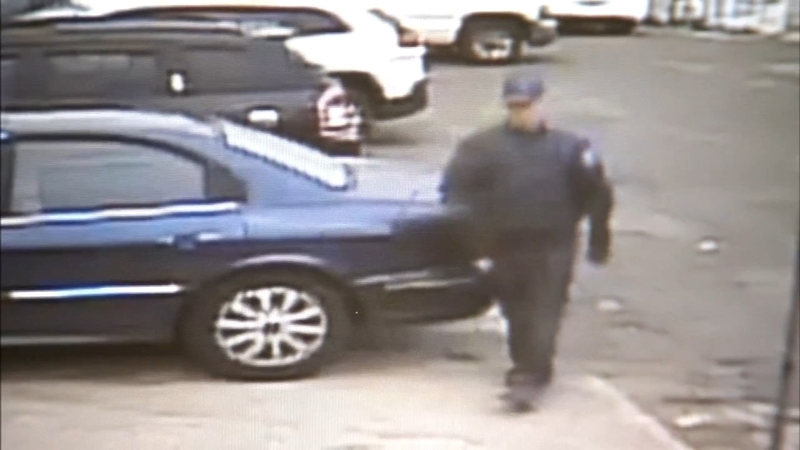 BRIDESBURG (WPVI) -- Philadelphia police are searching for the thief who targeted a Bridesburg warehouse and stole thousands of dollars' worth of equipment.

Investigators say the bandit tried to fool passersby by wearing what is actually an outdated Philadelphia Parking Authority uniform.

The theft happened at Fastway Courier in the 4200 block of East Thompson Street just after opening on Sunday.

The suspect took lawnmowers, a grill, a toolbox and even a sump pump.

"The way he did it, he didn't care who was around," Malafee said.

One thing that stands out about the burglar is the uniform sporting an old PPA logo. The agency is helping in the investigation.

"Several people there looked at it and no one recognizes him by looking at the video, so that's why we don't think he's an employee and it's probably a stolen uniform," said Lt. Dennis Rosenbaum of Philadelphia Police.

In the background of the video there is also an image of a person running during the crime. Police think it might be a child, but don't know if that person is a witness or a lookout for the thief.

Police are hoping someone recognizes the suspect's pickup truck, GMC with a custom cab on the back. It also has damage to the rear passenger side.