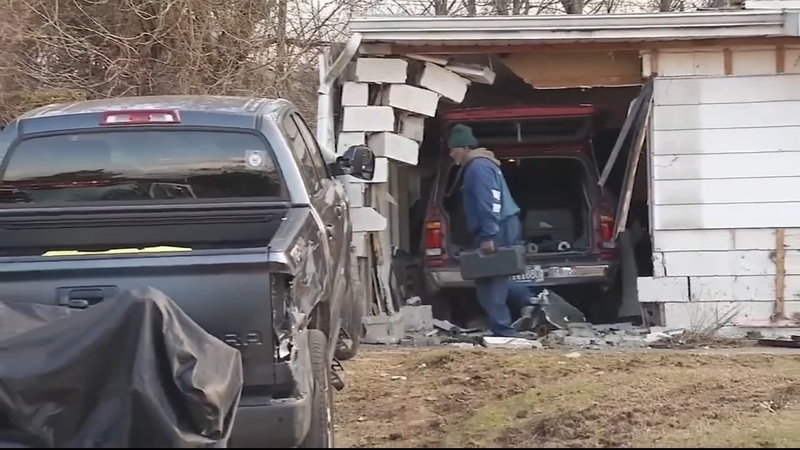 The incident happened around 3 p.m. on the unit block of Bunche Boulevard.

Officials say a maroon SUV crashed into a residence pinning a 61-year-old male underneath the vehicle and injuring another 64-year-old male.

"I'm hoping nobody is dead," said one neighbor.

The 67-year-old male driver remained at the scene, officials say.

Tensions reached a fever pitch as witnesses' eyes adjusted to the reality before them.

"I came out, and I see the tire tracks in our yard, and I see everybody starting to come out, and I hear a commotion. I walked down the street, and I see a car inside that house right there," said neighbor Rodrick Davis.

According to witnesses, the 67-year-old driver, who lives right across the street, somehow lost control as he attempted to back out his driveway.

Without hesitation, neighbors jumped in to help the two men.

Police and the fire department soon helped get the 61-year-old out safely.

The other man inside the home also got out safely, officials say.

"He tried to tell me that he just lost control, and when he went to put on brakes, something wasn't working, the mechanics weren't working. I don't know if it was him or the truck," said neighbor Wes Spence.

All three men were taken to the hospital with non-life-threatening injuries.

Police say they don't believe drugs or alcohol were a factor.