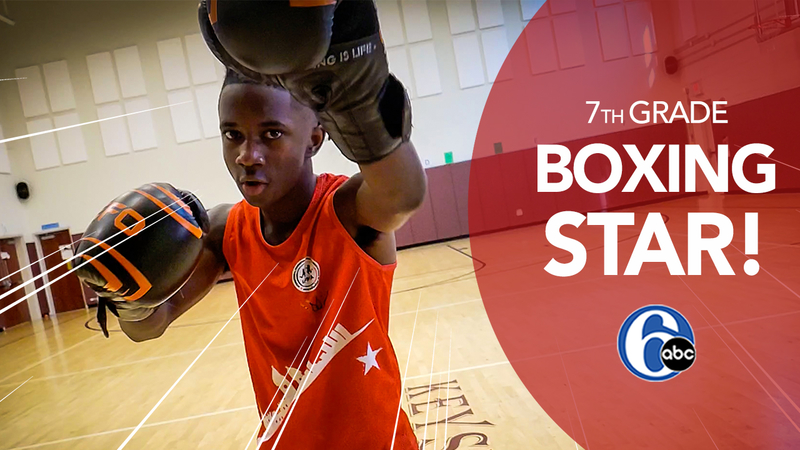 PHILADELPHIA, Pa. -- Jayden Reeves knows what he wants to be when he grows up. In fact, he's already living it!

The 7th grader at Keystone Academy Charter School took up a passion for Muay Thai, a form of boxing involving strikes and clinches to score on opponents. After winning many matches on his home soil, he was selected to compete overseas in Turkey.

However, a week before, Reeves suffered abdominal pain and underwent surgery to have his appendix removed. Powering through the operation, he made the trip and performed beyond expectations in a weight class higher than his usual.

As one of twenty-nine USA Muaythai Federation (USMF) members to compete in the tournament, Jayden Reeves hopes to reach even higher next year in Malaysia.

Jayden wants to grow up to become a pro Muay Thai athlete and is inspired by his instructors to start his own gym to teach future students.

HOW TALENTED!! This young Philadelphia girl is a pro at playing...the harp!? 11-year-old Yatsar wants to take her dazzling talents worldwide for a performance and master class in V