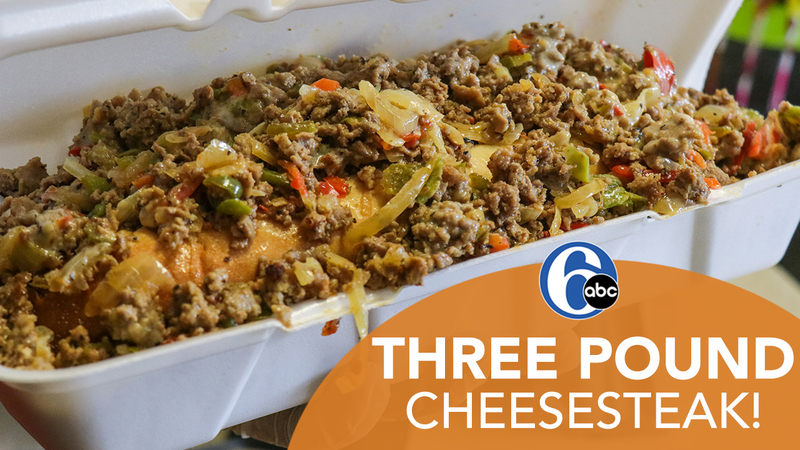 BEAR, Del. -- On any given day inside the arm's length shack called, "TenderBones," you can find people waiting for hours to grab a certain sandwich that is not even on the menu.

It was at the climax of the Eagles' 2017-2018 Super Bowl season that Clint Harris, also known as "Chef Bones," decided to sell commemorative cheesesteaks at his shop in Bear, Delaware.

Word got around quickly. Since then, he has sold over 18,000 cheesesteaks to eager customers.

The $15 cheesesteak is a signature blend of rib-eye steak, green bell peppers, red bell peppers, Spanish onions and American cheese. When those ingredients weigh in at three pounds together, it satisfies just one cheesesteak order. His choice to add peppers to the sandwich is somewhat controversial among locals who say a real Philly Cheesesteak is made without them.

He rated the sandwich a 96 out of 100, one of his highest scores, citing how the meat sustains its taste beyond the punch of supplemental electric flavors.

Pappas has eaten well over 300 cheesesteaks in the tri-state area and makes a habit out of giving half his meal to a homeless person.