Moves in Medicine: Treating GERD with the Linx Device 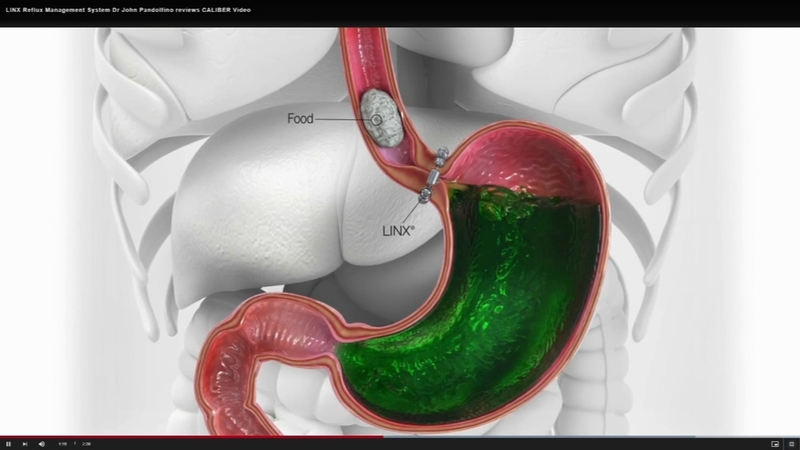 A very common ailment normally treated with medications now has a new device that could eliminate the need for drugs.

GERD, or gastroesophageal reflux disease, affects up to 1 in 5 people in the U.S.

"Where the esophagus meets the stomach is a thick muscle called the sphincter. And when that muscle is weak it allows reflux," explained Dr. Abbas El-Sayed Abbas, Professor and Vice Chair of Thoracic Medicine and Surgery at Temple Health. "So patients with gastroesophageal reflux disease have a weak sphincter and so contents from the stomach can reflux back."

The normal course of treatment is some lifestyle changes and medications. But sometimes that may not be enough.

"Sometimes patients, because of the severity of their symptoms have to take these medications almost every day. And at that point really becomes a chronic problem," said Dr. Abbas.

Those patients may want to try a surgical option with the Linx Device.

Dr. Abbas described how it works.

"We place this chain around the esophagus, the chain will sit right there and then simply when someone swallows something it opens up like this. And then after the food passes into the stomach it closes again," he said.

The beads allow food through but stop reflux. However, do your homework, doctors say this device isn't for everybody.

Dr. Zubair Malik, director of the esophageal program at Temple said no amount of acid reflux should be ignored.

"If you have symptoms of reflux it's worth getting checked out at some point," he said.