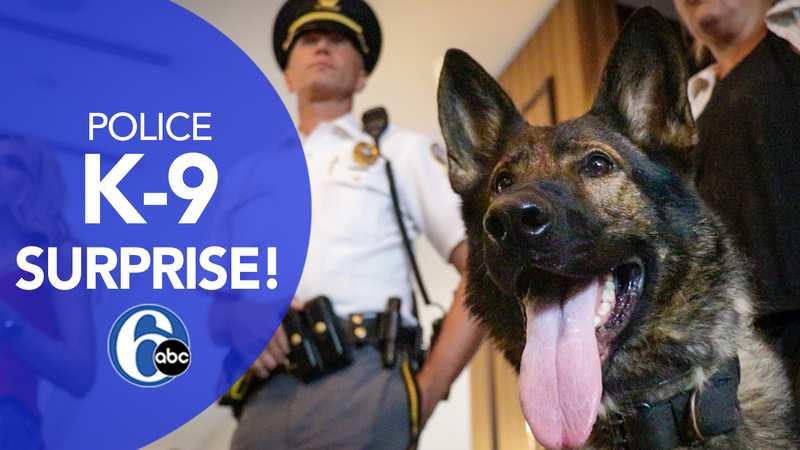 KING OF PRUSSIA, Pa. -- After a charitable motorcycle escort, the Radnor and Upper Merion Township Police Departments each were surprised with a K-9 dog to add to their teams.

The special gift was presented by "Dream Ride," the signature project of the Hometown Foundation. It features around a hundred motorcyclists zooming from Florida up to Connecticut. They stopped in Pennsylvania at the Sheraton Valley Forge Hotel.

Along the ride, they meet with first responders, veterans, and Special Olympics athletes while making charitable donations. This year, they donated $10,000 to Special Olympics Pennsylvania.

When approaching King of Prussia, they were escorted by Radnor and Upper Merion Township Police. Many Special Olympics athletes were there to cheer on the riders. In return, the riders adorned the athletes with medals and special recognition.

The dog donation was made with respect to John C. Strunk, a friend of the Dream Ride and Special Olympics who passed away. His brother, Raymond, was there when they requested the police department to name one of the dogs after John.