PA teen writes song for racial justice with her father 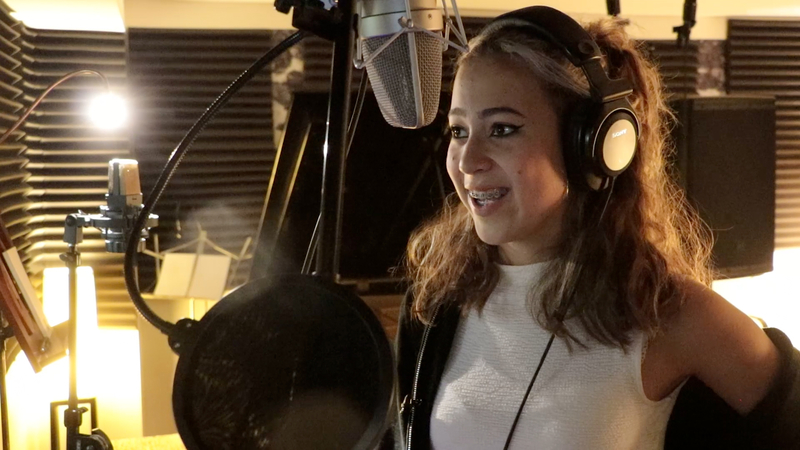 ELKINS PARK, Pa. -- In a time when our nation's voices are clashing, one teenager is finding the harmony.

"I started just writing a song because I felt very inspired by people talking about how there was no justice," said 15-year-old Angelina Mack.

A first-generation American, Angelina was born from a melting pot. Her father is Japanese, African-American and Caribbean. Her mother is Italian.

"That all played into who I am now, like, I've seen both sides of the spectrum," she said. "That was also my inspiration to write the song because I feel like I can be a voice for both."

Angelina was inspired tremendously by both her father, Al, and brother, Miles. She remembers her father giving instructions on how to properly behave when confronted by police. The thought of losing these men to violence gave Angelina nightmares.

The sophomore at Germantown Friends School channeled this energy into a project earlier this year. She penned a song titled, "Stop a Fight," with the goal of uniting Americans through an anti-violence perspective. She lullabied the lyrics on to an original music track mastered by her father. After uploading it to YouTube, it has 15,000 views and comments from around the world.

"Sun rising over the east side. The world suddenly comes alive. Free speech is supposed to be a birthright. I might just stop a fight," she sings.

Her dad said Angelina has shined for as long as he remembers.

"We've been feeding off of each other's energy, but she is just a powerhouse," said Al. "Any aspect of the arts that she becomes engrossed in, she just blossoms."

Music has guided Al through life, building a career as a musician and composer. Now, he is using this same magic to give his children the tools to change the world.

"I encourage them to be as artistic as possible because you never know what the impact will be," he said.

Judging by the positive feedback, Angelina thinks the impact is undeniable.

"We're the beasts you cannot tame. So stand with me. Feel the things that we all see. Unfurl your brow, there is no lead. They take our pain, we pay the fee," she writes.

Angelina hopes her song will inspire young people to make a difference like the next generation depends on it.