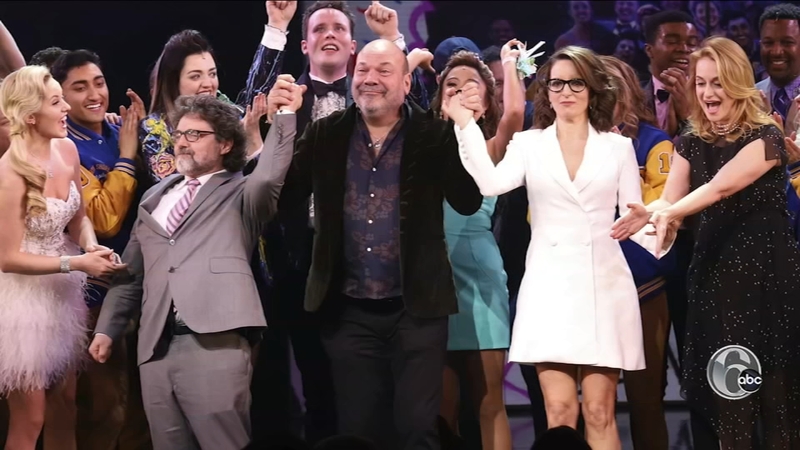 PHILADELPHIA (WPVI) -- It's been 15 years since Tina Fey's "Mean Girls" hit the big screen. It's now also a Broadway smash hit, and the hit musical is coming to Philadelphia in November.

To celebrate the release of ticket sales, Tina Fey came to the Kimmel Center. Action News had a chance to chat with the Upper Darby native about this homecoming.

You might say for Tina Fey, bringing this musical to her home crowd is extra fetch.

Fey participated in a fun Q&A with her childhood friend Damien Holbrook, the inspiration behind the film's character, Damien.

She says her humor is homegrown

"I always think of Philly as a place with a great sarcastic sense of humor - like anyone, everyone you run into is funny," she said.

For fans of the film, "Mean Girls: The Musical" has new songs and new laughs.

"It's more than the movie. If you like the movie, goes beyond - new moments and jokes you don't know," said Fey.

And yes, it gets a modern update

"They have a flip phone in the movie and so now the show is updated and takes place in the present, but it's still about human beings and how we are blinded by love and jealousy and how we trample on each other," said Fey.

"Mean Girls: The Musical" is playing at the Kimmel Center from November 19 - December 1.