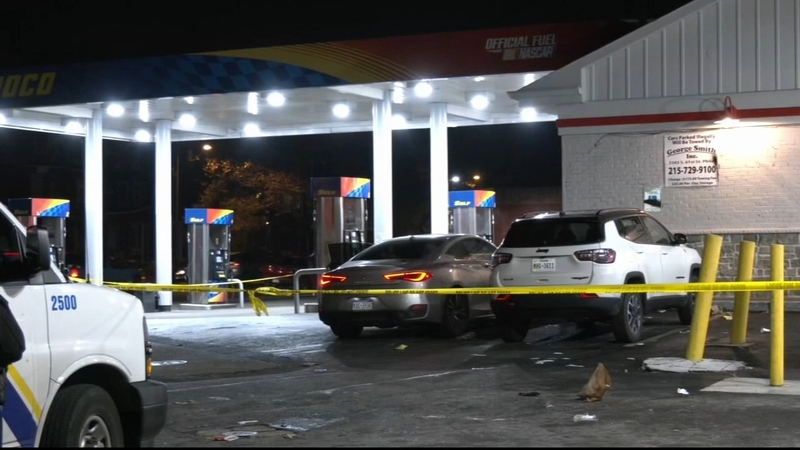 PHILADELPHIA (WPVI) -- Philadelphia police said one man is dead following a shootout at a gas station in the city's Tioga-Nicetown neighborhood Saturday night.

It happened just before 11 p.m. in the Sunoco A-Plus Mini Mart parking lot at the intersection of Broad and Hunting Park avenues.

According to police, two men attempted to carjack and rob a passenger while the driver of the vehicle went into the gas station store.

Investigators said the driver came out of the store and fired shots at the suspects and a shootout ensued.

Police said the driver shot one of the suspects in the chest. He was taken to the hospital where he was pronounced dead.

Police are still trying to track down the second carjacking suspect.