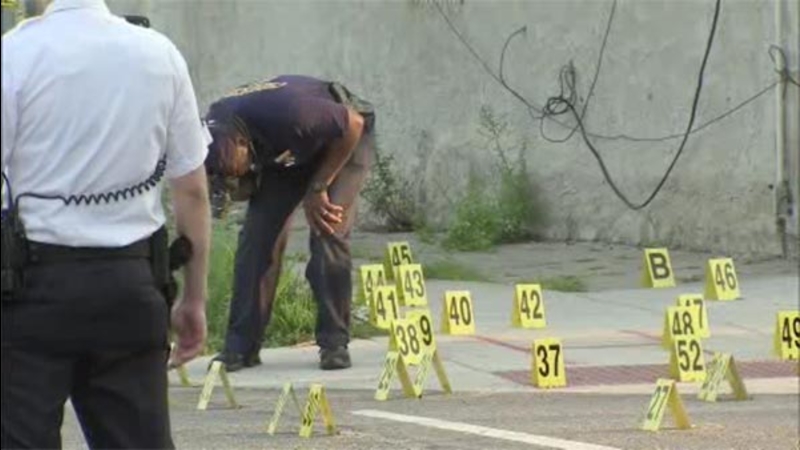 The incident happened around 2:30 a.m. Friday on the 1900 block of Juniata Street.

According to police, the suspected robber stopped a group of people on the street.

Police say someone in the group had an assault rifle and there was an exchange of gunfire.

The suspect was hit and tried to run away, but died a block away on Brunner Street. He still had his ski mask on, police say.

Two men and a woman were also shot. One of the men died.

The other two victims are in stable condition in the hospital.

Police are not sure who fired the weapon. They believe there were more people at the scene.

One bullet struck a home and multiple cars were hit by gunfire.

"There are a number of casings, right now too many to count. We do have two different caliber weapons. One appears to be a .45 and the other appears to be an assault rifle. So it's a definite exchange of gunfire that took place," said Captain DeShawn Beaufort of the Philadelphia police.

Police are looking for surveillance video, but so far, none has been found.

Investigators say, so far, no witnesses have come forward.