Toddler chokes on bag with possible heroin remnants in Norristown 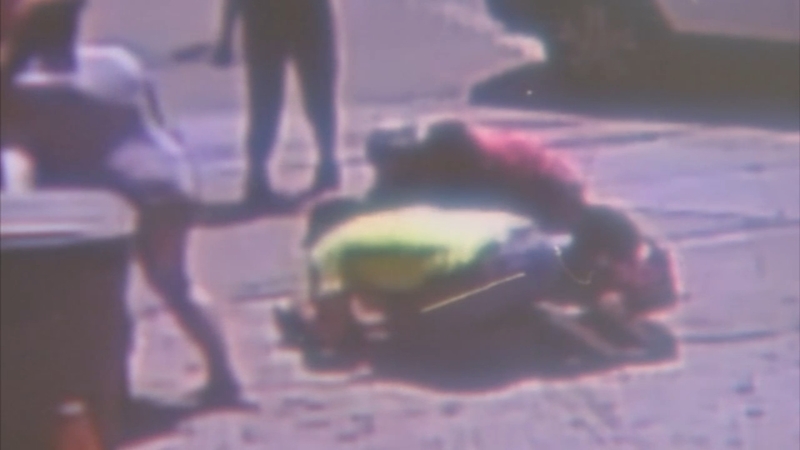 NORRISTOWN, Pa. (WPVI) -- A community in Norristown, Pa. came together to help a 2-year-old girl choking on what police believe was a bag with remnants of heroin.

Surveillance video from Sister Mini Market, at the corner of Marshall Street and Arch Avenue in Norristown, captured the scene as it unfolded.

Video shows a woman carrying a girl out of the store in her arms. The woman falls to her knees, with the girl in her arms, as people gather around to see what's wrong.

One of the men in the crowd said he was walking over to the corner store to buy a drink when he sprung into action to help save this little girl's life.

"Her lips were starting to turn blue so I looked in her mouth to see if there was anything in there, and there was a blue bag in there and I pulled it out," said the man, who did not want to give his name.

Dozens of people gathered around the little girl and the woman as Norristown police arrived.

Police said the 2-year-old girl picked up what may be a heroin baggie, and ate what they believe could be remnants of heroin in the bag.

Police said the toddler was with her mom, but do not believe it was the mom's baggie or that of anyone related to the mom.

"I'm giving her air, her lips start turning back to normal but she was still out of it, and then the cop pulls up and the officer went right to his car gave her Narcan in the nose, and then she woke up like three, four minutes after that," said the man who tried to help the girl.

Surveillance video showed an ambulance arriving on scene taking the toddler to the hospital. Police said they gave the girl Narcan on scene.

According to police the toddler is doing okay.