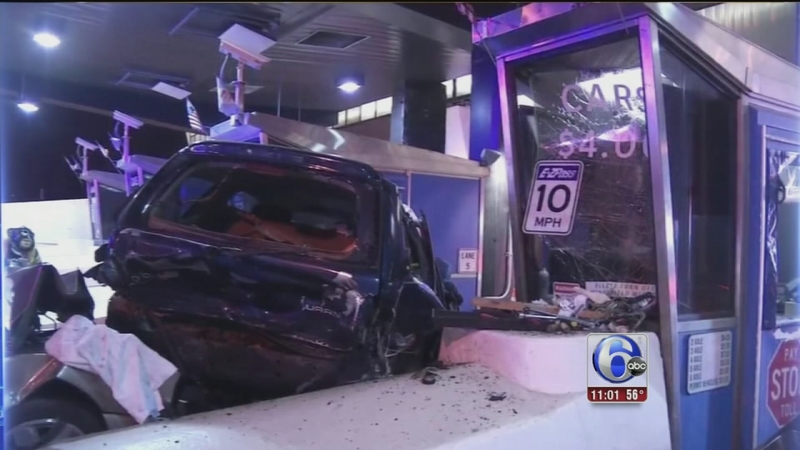 NEWARK, Del. (WPVI) -- A driver has been charged with DUI after four people were hospitalized after an accident at a Delaware toll plaza.

It happened around 7:30 p.m. Wednesday in the northbound lanes of I-95 in Newark.

Police say 31-year-old Matt Rude of McLean, Virginia was driving a 2000 Cadillac when he failed to stop his vehicle as he entered the toll booth area and struck the rear of a Dodge Durango. 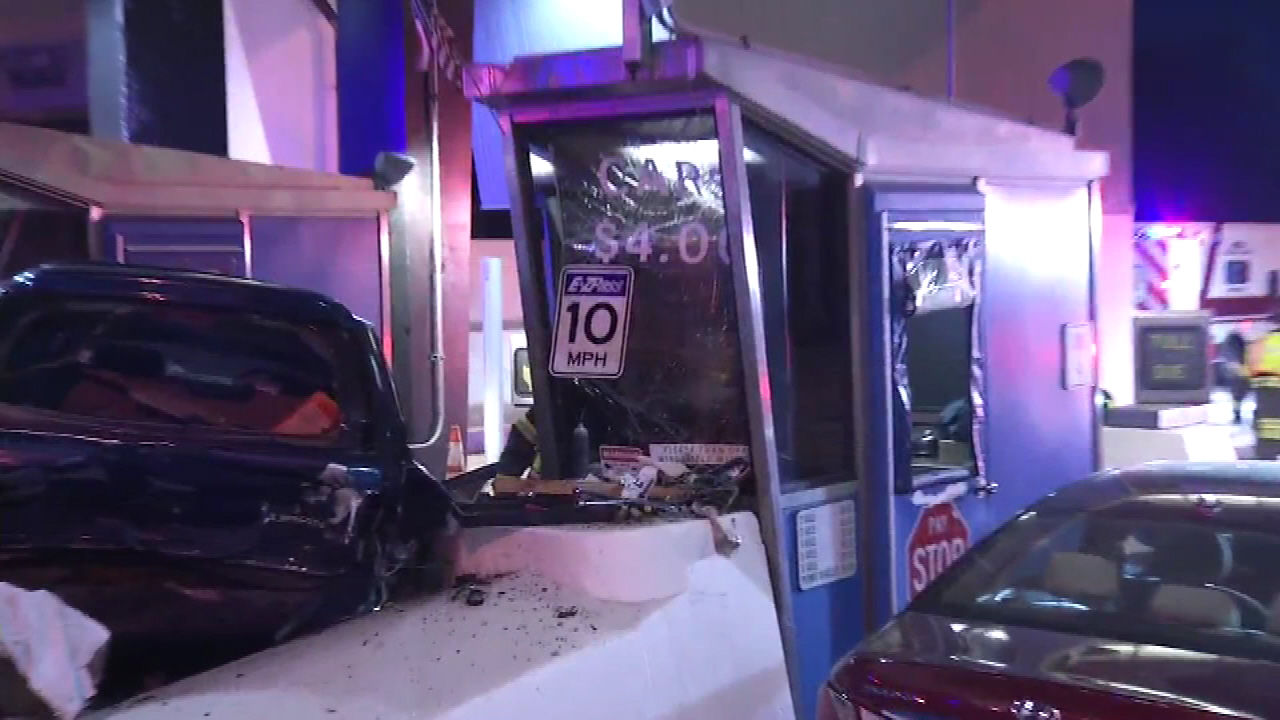 That vehicle then struck two occupied toll booths and the rear of a Chevrolet Suburban.

The impact trapped a 51-year-old female passenger in the Durango. She was rescued from the wreckage by fire officials using the "jaws of life."

Seven people were injured in a toll plaza crash in Delaware.

She was treated on scene for possible internal injuries and then transported to the hospital in stable condition.

Debris from the crash damaged a 2012 Hyundai in an adjacent lane.

A 19-year-old female passenger in the Cadillac was treated on scene by paramedics for a possible head injury and back and abdominal pain. She was taken to the hospital in serious, but stable condition.

Two additional people were taken to the hospital with non-life-threatening injuries.

Officials say two toll takers refused to be taken to the hospital.

The driver, Matt Rude was taken in for questioning, and then charged with DUI.

At least three toll lanes were closed for the investigation, but all lanes have since reopened.