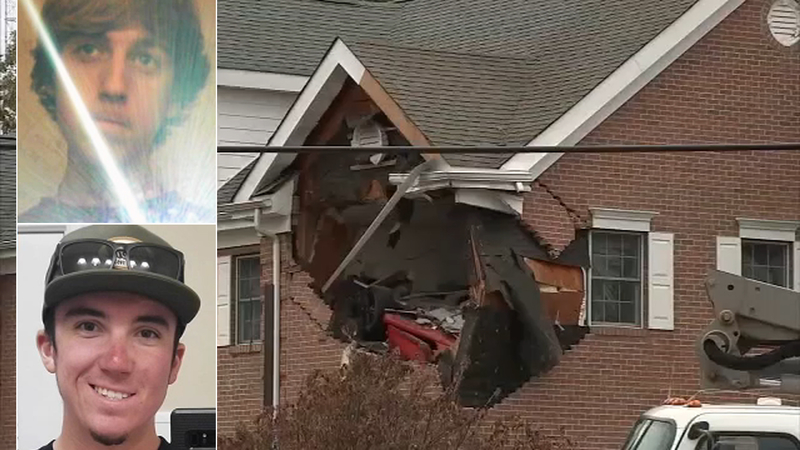 TOMS RIVER, New Jersey (WPVI) -- Police say a convertible traveling at high speed went airborne and crashed into the second floor of a New Jersey commercial building, killing both of the car's occupants.

Toms River police say the red Porsche Boxster went out of control just after 6:30 a.m. Sunday. The car hit the center median, struck an embankment and went airborne into the building.

"I took the day off, so I just came and brought some flowers, and just trying to be there for my friend," said Jacob Palecki, who said he went to middle school with Foley.

Police said the structure, which was unoccupied at the time, had been deemed unsafe by a building inspector. Sgt. Vincent Padalino said the building, which is across from Hooper Avenue Elementary School, houses four businesses, including a counseling service and a real estate company.

"We lost a really good guy, and my heart goes out to his family," said Palecki. "He loved cars. He called it a "CarB-Q," and he had a bunch of cars, he had all his family and friends there, and they were all showing off the different kinds of cars they had. That's what really brought him joy.

Police have been taking measurements to see how fast the car was going, and are looking into alcohol as a possible factor. It's still not clear who the car belonged to.