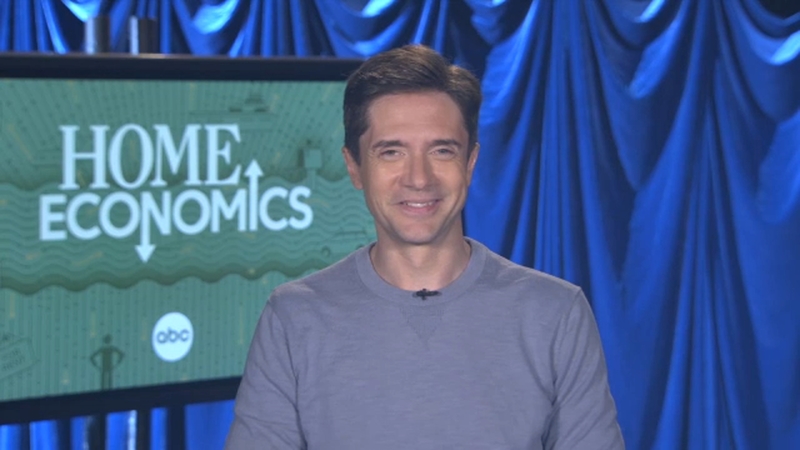 Cuban plays himself as Connor's friend during a high-stakes poker game that Tom and Sarah decide to crash.

"This season we got to do more and better," said Topher Grace, "Tom." "I'm such a huge fan of 'Shark Tank,' I think I've seen every episode of that show, and to be able to then sit next to him for a couple of days and ask him any question I wanted about 'Shark Tank,' or his life, or whatever, it was such a thrill."

He went on to say that they got along great during filming.

"Home Economics" has now seemingly hit its stride well into its second season. Grace says the cast has gelled together and they really feel like siblings sometimes.

"We're spending so much time together, probably more time together than we do with our real families during the season and they're such a pleasure," Grace said, "Actually, I don't know if they are fanning out on me, but I am fanning out on them all the time!"

He said the chemistry among the cast can't be faked and it reminds him of a feeling he had in the past.

"I've been on a dream team before, and I know how rare that is," Grace said referencing his "That '70s Show" days. "There's just such a feeling of family. You are supposed to lie as an actor, but over this many episodes you can't lie, you actually have to love the people to portray that kind of thing."

Don't miss the next episode of "Home Economics" on Wednesday at 9:30 p.m. ET on ABC.

The Hayworths are going swimming with a shark. 🦈 Watch Home Economics WED at 9:30/8:30c and Stream on Hulu! pic.twitter.com/Yce2YmbfqK