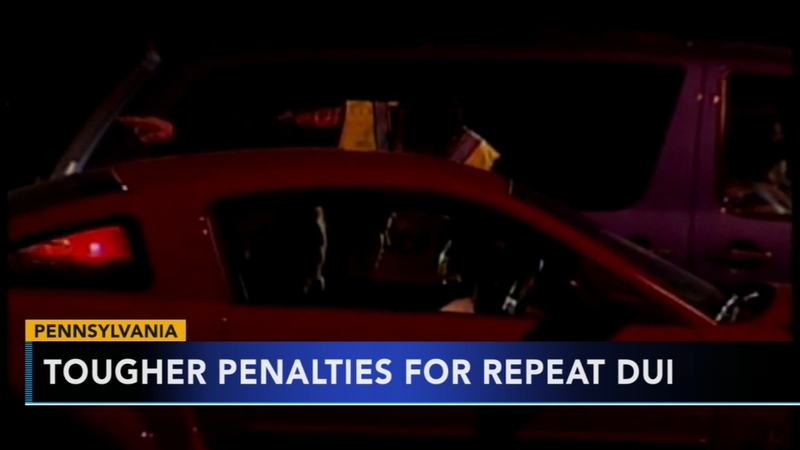 HARRISBURG, Pa. -- The legal consequences for repeatedly driving under the influence in Pennsylvania are now more severe under a new law that's just gone into effect.

Legislation passed in October by the General Assembly and signed by Gov. Tom Wolf establishes the state's first felony for DUI.

Previously, all DUI offenses in Pennsylvania were treated as misdemeanors, which carry lighter penalties and fewer other consequences.

The new law also mandates longer jail time for those who unintentionally cause someone's death because of a repeat DUI violation.