2 killed in crash on I-495 NB in Wilmington, Delaware identified 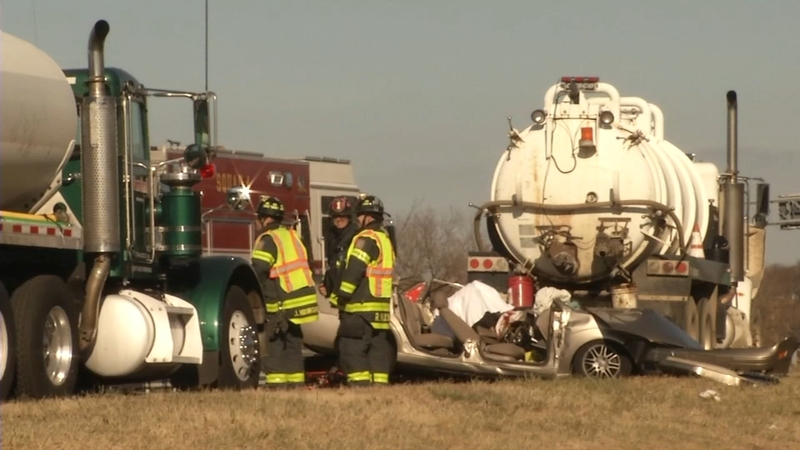 2 killed in crash on I-495 NB in Wilmington, Delaware

WILMINGTON, Del. (WPVI) -- Delaware State Police have identified the two people who were killed in a crash involving four vehicles on Interstate 495 northbound in Wilmington, Delaware on Friday.

The operator of a Ford Focus, who was pronounced dead at the scene, is identified as Virginia Brice, 56, of Wilmington.

The front seat passenger in the same vehicle, who was pronounced dead at Christiana Hospital, is identified as Charles Butcher, 81, also of Wilmington.

A third person was injured. That person's name has not been released.

There was no immediate word on the cause of the crash.

The view from Chopper 6 HD showed two trucks stopped at the scene with a number of rescue crews working behind one of those trucks.

The highway was shut down for hours but reopened around 3:45 p.m.