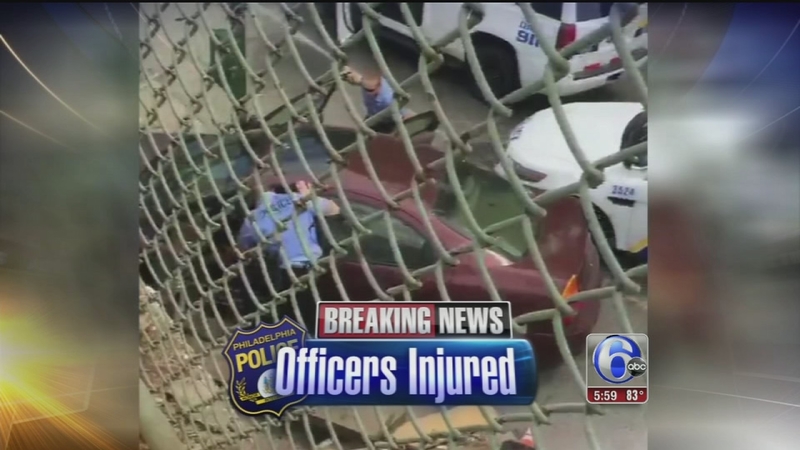 OLNEY (WPVI) -- Four Philadelphia police officers have been released from the hospital after they were struck by a fleeing suspect in the city's Olney section.

That suspect, identified by neighbors and his girlfriend as 46-year-old Rudolph Keitt, was later shot by police.

The suspect is identified by neighbors and his girlfriend as 46-year-old Rudolph Keitt.

It all started at 2:17 p.m. Tuesday when police were called to the 800 block of Olney Avenue for the report of a motor vehicle accident.

Arriving officers discovered a car that had crashed into a wall. The officers then attempted to help Keitt out of the vehicle.

According to police, he appeared incoherent and became combative. A violent struggle ensued, and the man was able to get back into the burgundy Chrysler, and then took off.

The struggle was captured on viewer video.


The suspect's vehicle then barreled onto the 700 block of Chew Street with police in pursuit. The block is a dead end. So in an attempt to escape, Keitt hit a parked vehicle, then slammed into a police cruiser, injuring the officer inside. 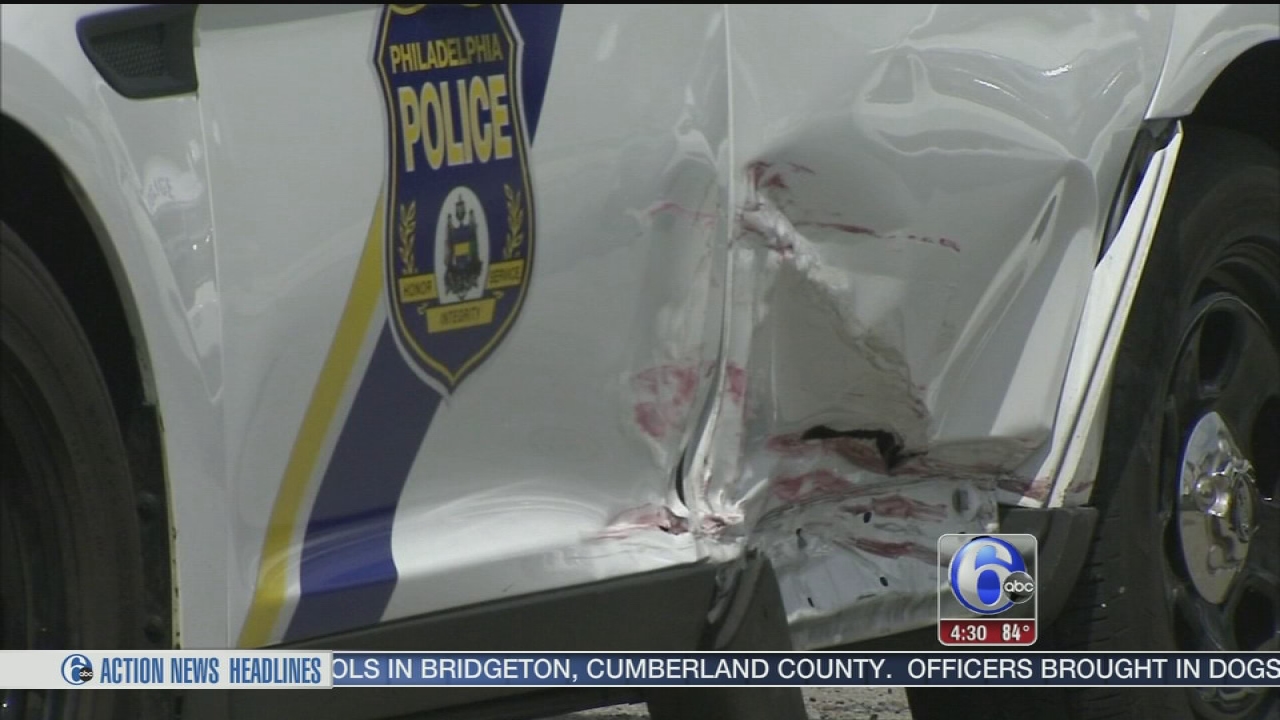 VIDEO: Wendy Saltzman reports from 7th and Chew
Wendy Saltzman talks to a witness who watched the suspect slam into a police cruiser.

Authorities tried stopping the fleeing driver at the intersection of Stenton and Ogontz. Witnesses say one officer actually had his hands on the front of the vehicle, trying to talk the suspect into stopping.

Keitt, again, did not stop, and ended up striking that officer with his vehicle.

That's when two other officers opened fire on the driver, striking Keitt in the chest. 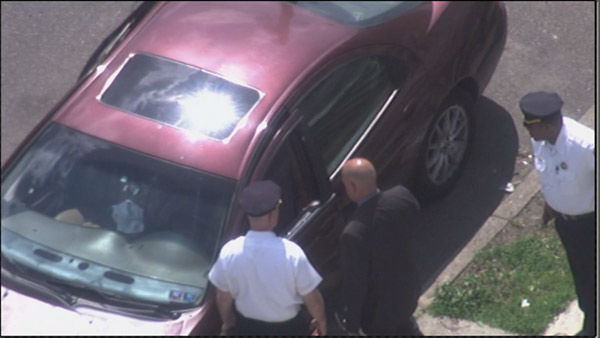 The injured driver again fled the area, but was finally located on the 1900 block of W Colonial Street in West Oak Lane.

Police say he had parallel parked on the side of the street and had exited the vehicle, attempting to reach his home on the block when he collapsed.

Sources tell Action News that the four officers, all from the 35th district, were also taken to Einstein Medical Center. They were all released around 8:00 p.m.

Keitt's girlfriend, Angela Campbell, tells Action News that he suffered a heart attack, has diabetes and experiences seizures. She believes those medical conditions may have caused this out of control, violent encounter with police.