Car crashes into house after police chase in Delaware County 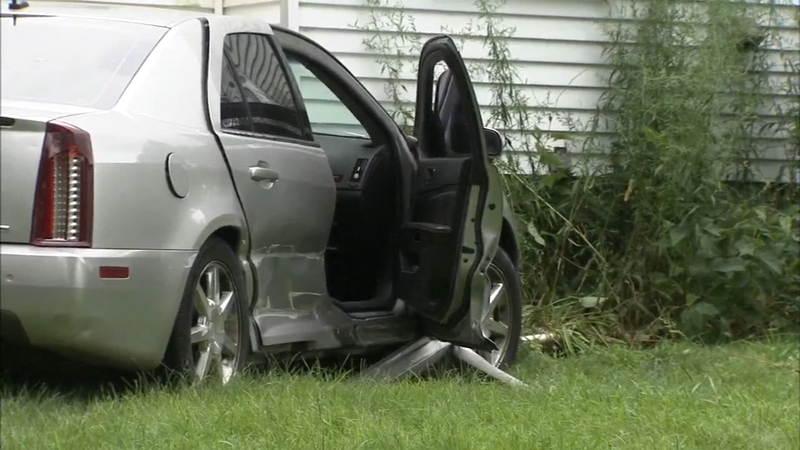 Car crashes into house after police chase in Delaware Co.

UPPER CHICHESTER, Pa. (WPVI) -- Crews are on the scene where a car struck a house after a police chase in Delaware County.

Authorities say an officer heard shots being fired in the area on 7th and Tilghman streets in Chester and then a silver Cadillac was seen fleeing the area.

He attempted to pull the vehicle over but the driver fled.

Matt Pruette had a front row seat to the police chase that ended with the driver of the car smashing into a house.

It happened just after 1 p.m. Tuesday on Bethel Avenue in Upper Chichester.

Pruette was work at his power equipment shop when it all unfolded.

"We saw the silver Cadillac driving out the street at a super high rate of speed which drew our attention. Then the car drove right into the house and the cops came just a split second later," he said.

After the impact with the house, he says two men got out and took off into a field behind the home.

"They got out immediately and took off. We pointed them to them and the cops told me to get out of here because he thought they were armed and they took off running after them up the hill," said Pruette.

Within seconds Pruette says the two suspects were caught.

Police have recovered a gun.

PECO arrived on the scene and is working to determine if there is a gas leak.